It doesn’t feel like that long ago that we told you about the second version of the excellent Cyrus Installer app. Essentially, just like AppValley, TuTuApp Helper, Panda Helper and others, Cyrus was built to be a third-party installation service which offers apps, modified experiences, and tweaked platforms which otherwise wouldn’t be available through the iOS App Store.

Now, as a progression of that platform, the team is back with CyrusVIP, which is entirely free-of-charge to use, offer tons of apps, and provides an experience with no revokes on non-jailbroken devices. 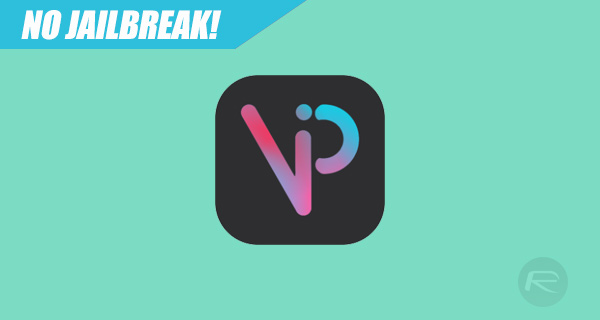 It’s probably fair to suggest that most of the third-party app installers offer a largely similar experience in that they have a scrolling interface split up into individual sections and categories. From an offering perspective, it’s very typical that you will find the same apps and modified experiences being made available. Cyrus hasn’t really been an exception to that but the next-generation VIP service is looking to try and change that by being the most “premium iOS service ever” for non-jailbroken devices.

From a feature perspective, CyrusVIP offers an extremely clean and minimalistic design. Rather than trying to baffle users with design and aesthetics, the new CyrusVIP app is installed outside of the iOS App Store environment and focuses entirely on the content within. The user-interface and experience is a testament to that by trying to promote what the developers feel is a “native” experience rather than feeling like a web-based app.

The team is also banking on the “no revokes. ever” promise to pull in the users who appreciate this type of experience. Rather than having to download and install apps again and again after a signing certificate has been revoked by Apple, CyrusVIP uses a “different method of signing apps” onto the user’s device to ensure that they don’t get revoked. There’s also a promise of a 99.9% server uptime for VIP users. 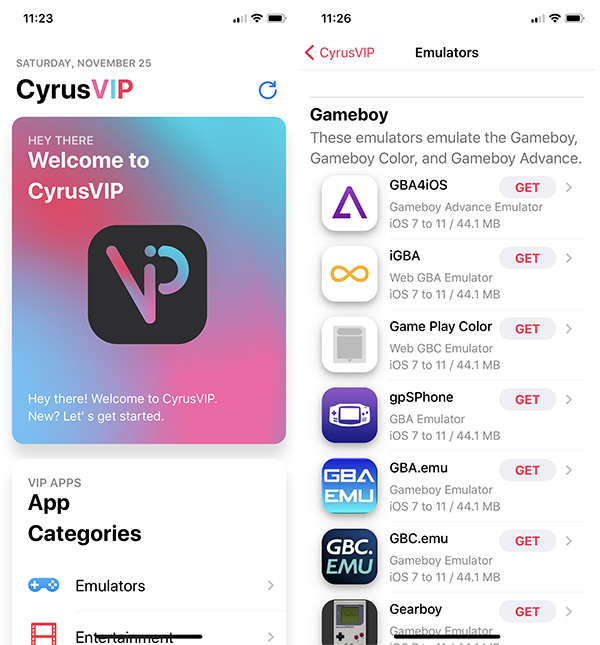 Those who are interested in this type of experience and who want to try and see if CyrusVIP is a game-changer for them, can grab the latest Cyrus Installer from, the official website at cyrusinstaller.com and then register for the VIP experience in-app, or can directly get CyrusVIP from vip.cyrusinstaller.com. Because the whole platform is free and powered by ads and crowd-sourcing, the service needs a decent user base to make this all achievable.