Apple has been granted a new patent that allows for the control of a Mac via hand gestures.

The name on the patent application is PrimeSense, a company that Apple bought back in 2013, and is perhaps best known for its work with Microsoft on creating the Xbox Kinect sensor.

Since its buyout by Apple, PrimeSense has also worked on the implementation of Face ID, and now, technology similar to the iPhone X‘s TrueDepth sensors is believed to be in use as part of a new patent geared towards the Mac. The patent outlines the description of the technology and its functioning as follows:

A method, including receiving, by a computer executing a non-tactile three dimensional (3D) user interface, a set of multiple 3D coordinates representing a gesture by a hand positioned within a field of view of a sensing device coupled to the computer, the gesture including a first motion in a first direction along a selected axis in space, followed by a second motion in a second direction, opposite to the first direction, along the selected axis. Upon detecting completion of the gesture, the non-tactile 3D user interface is transitioned from a first state to a second state.

Following a “focus” gesture such as waving a hand at the Mac, the computer could then be controlled by using a variety of hand signals, and with a patent having already been applied for that would allow for Face ID on a Mac, the chances of a TrueDepth camera making an appearance in one of Apple’s computers continue to increase. 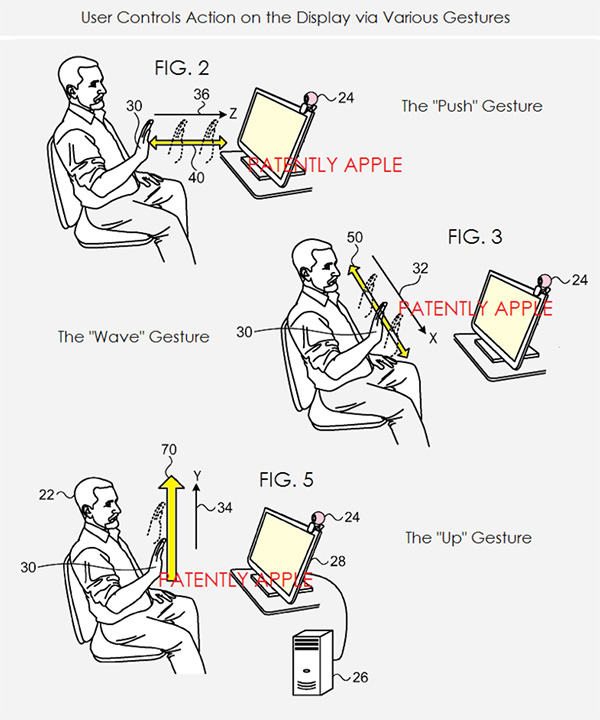 This could also suggest that Apple’s inclusion of Touch ID in the current MacBook Pro lineup could be short lived, with Face ID set to take its place across all of Apple’s lines if the iPad also comes along for the ride, as has been rumored.

Face ID first debuted as part of the iPhone X and has fast become a favorite among users.