Of all the games to benefit from the smartphone boom, Cut The Rope has emerged triumphant. Despite the App and Google Play Stores both having popularized hundreds of great titles, a few, such as Angry Birds, Tiny Wings and Temple Run stick in the mind as stand-outs, and Cut The Rope must surely be revered among these other modern classics. As has been common knowledge for a while now, the sequel, appropriately entitled Cut The Rope 2, is incoming, and today, the first official game play trailer has been released.

Although this is the second major Cut The Rope title, creator Zeptolab did actually release Cut The Rope: Experiments a couple of years back, containing some challenges unfamiliar to the seasoned CtR user. As enjoyable as this minor release was, ardent fans were waiting for the second-coming of the original, and now, it is almost here. 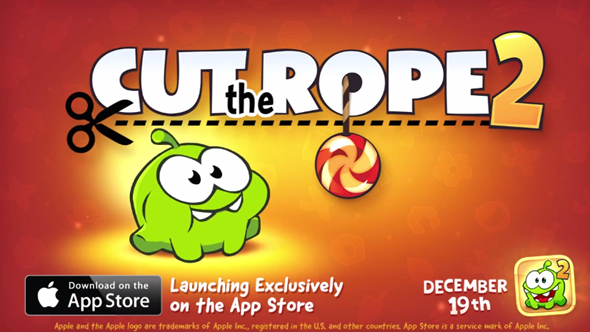 In order to change things up, Zeptolab has thrown in some extra characters, known as Nommies, that will help you achieve that ultimate goal, and with plenty of new and interesting-looking environments to play through, it’s not unfathomable that this game could be just as popular, if not more so, than the first.

It’s incredible to think that Cut The Rope has been downloaded over 100 million times since its initial release, and having remained near the summit of the various gaming charts for the majority of that time, it’s more than likely that fans will turn to this sequel as another great way to spend some time. 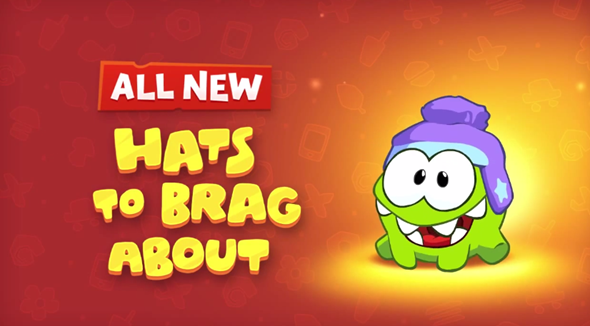 Although Cut The Rope 2 will serve as another time killer, the reason for its popularity is because, like others of its stature, it requires an element of thinking. One move is a prerequisite to the next move, and if you cut the wrong rope, you lose the swing / trajectory needed to land the candy in the frog’s mouth.

I, for one, cannot wait for this game to be released, and if you’re on the same wavelength, be sure to check out the trailer below:

We will, naturally, let you guys know just as soon as Cut The Rope 2 does get its release, so stay tuned to our coverage here at Redmond Pie!