Apple teased the next generation of CarPlay earlier this year, with the company saying that cars would start to ship with support for the new interface next year.

Now, a new concept imagines what that might look like if Tesla enabled CarPlay support as well. 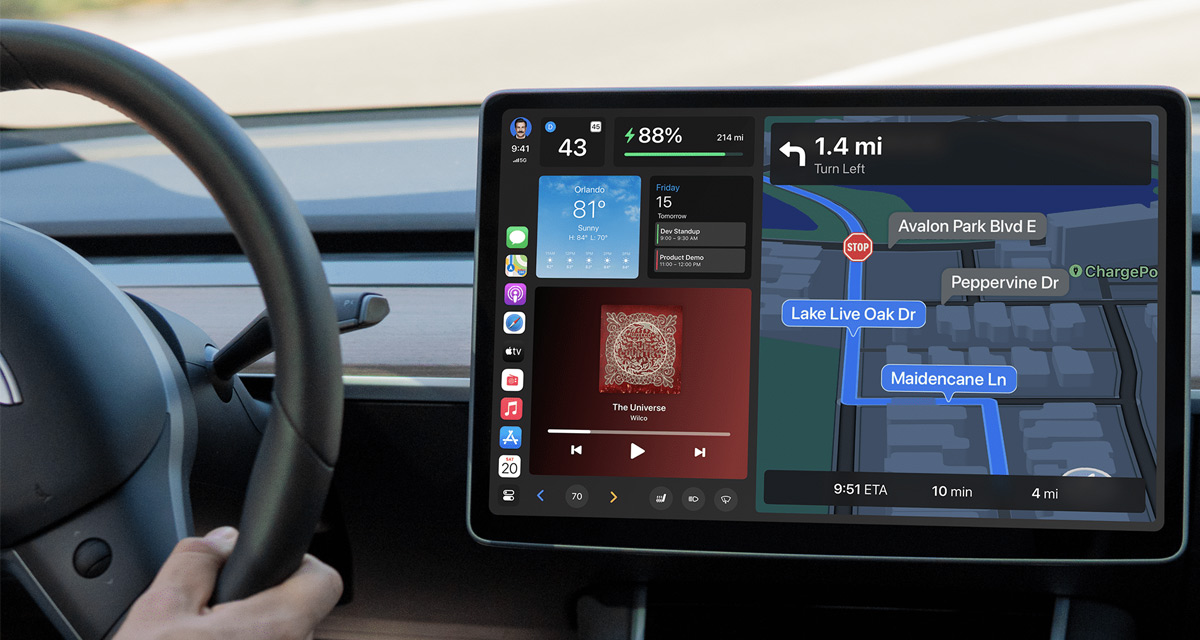 The concept, created by Joh Calkins, shows a “modular, customizable layout” that makes great use of the large display built into the Tesla vehicles.

Apple confirmed that the new-look CarPlay would allow people to “personalize their driving experience by choosing different gauge cluster designs, and with added support for widgets, users will have at-a-glance information from Weather and Music right on their car’s dashboard.” This concept shows a few of those aspects, too.

It’s unlikely that Tesla will enable CarPlay support at this point, despite it being a feature that some people have been asking for. 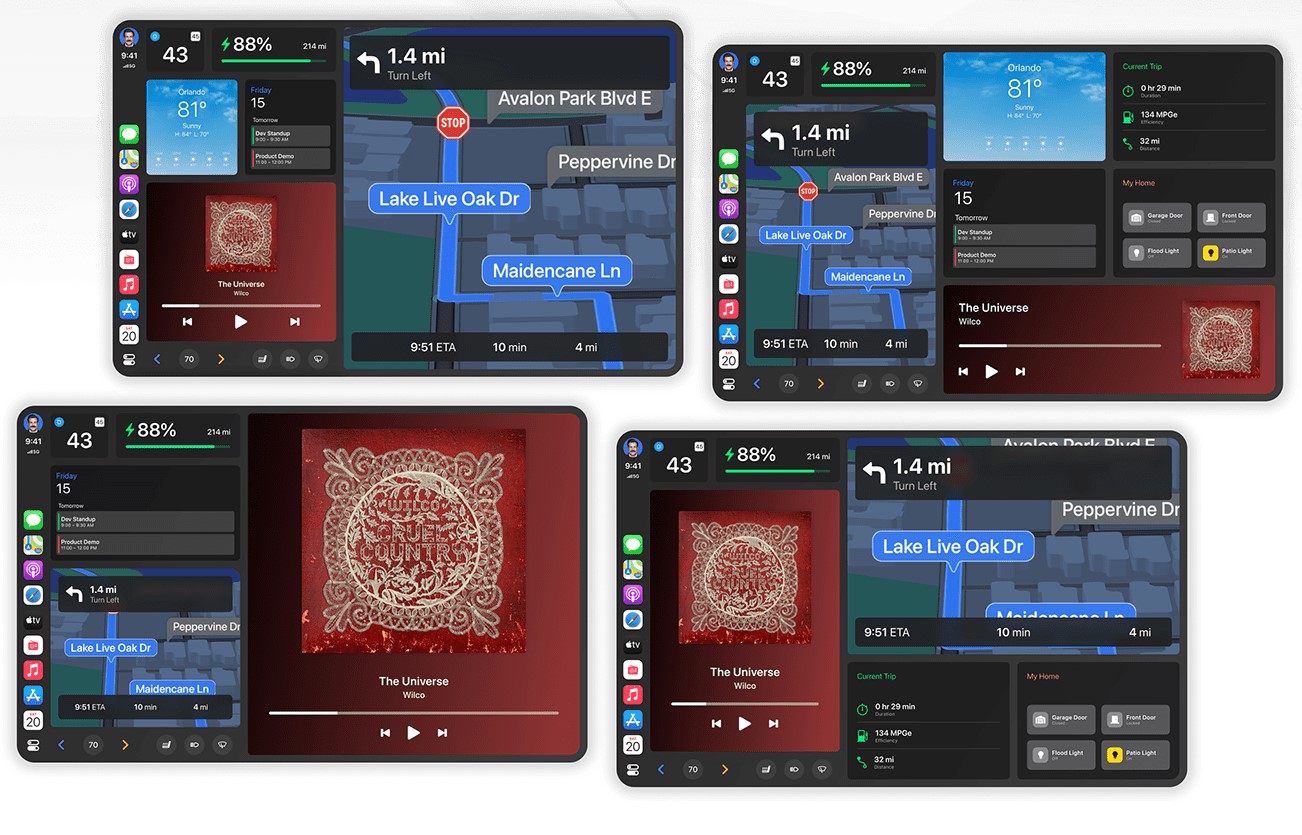 Tesla’s interface is among the better ones already, but being able to take advantage of Apple’s new CarPlay interface would definitely be a plus for iPhone owners. 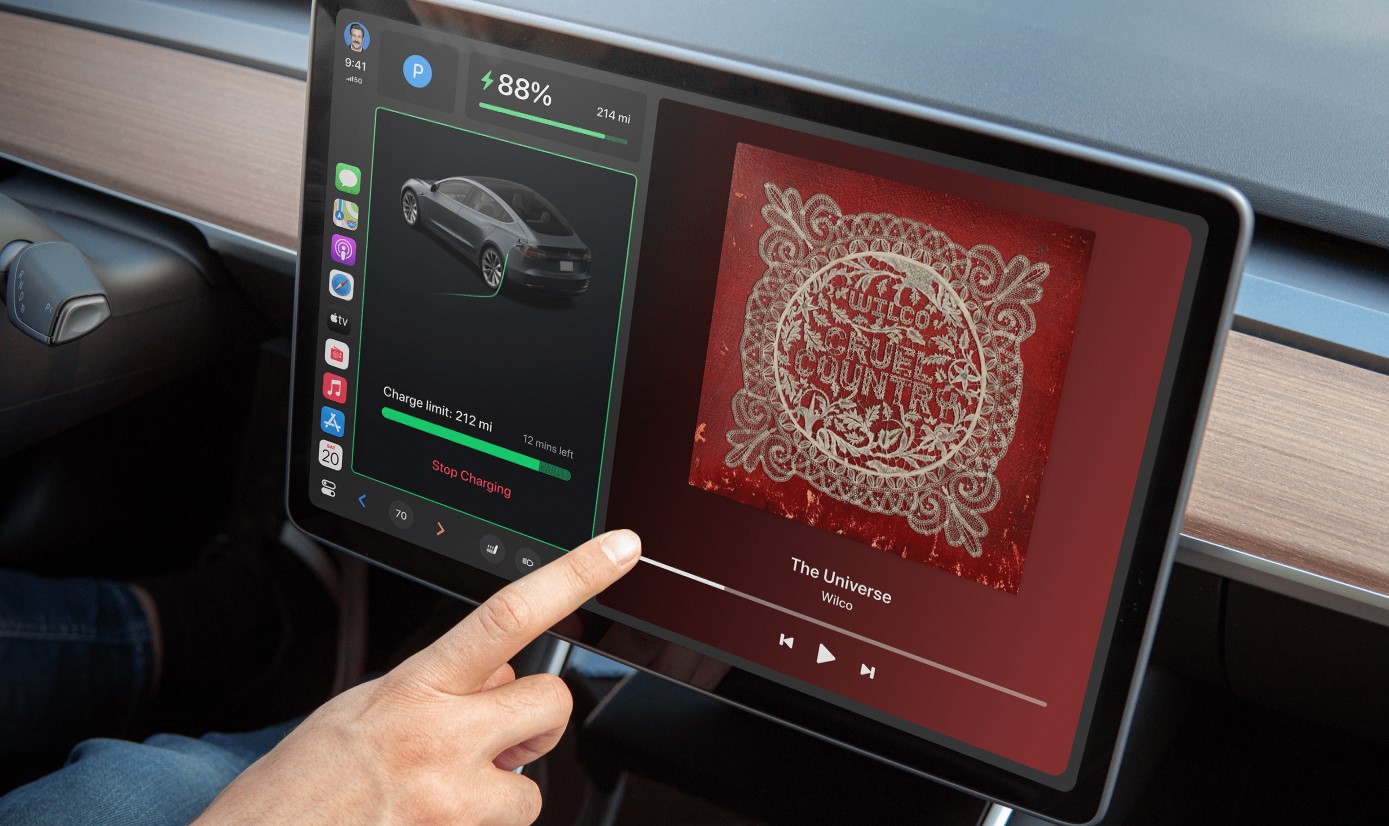 This modular concept shows different apps running on the screen at any given time, with app buttons located on the left side of the screen.

Other features include a battery percentage indicator for the car itself as well as Apple Music support and more. You can see more concept images on Calkins’ Behance post, too.