Having only recently become available on Apple’s iBooks as enhanced versions of the books, the ever-popular Harry Potter series is now finally available to listen to in audiobook format via Amazon’s Audible.

The books, which follow the story of Harry Potter, a young wizard who learns his place in the world while taking on some very naughty people, are read by Jim Dale in the Unites States and Felix von Manteuffel in Germany, while Stephen Fry reads the series’ original U.K. editions. That last one in particular is likely to be some of the best Audible content around, and we already highly recommend it. 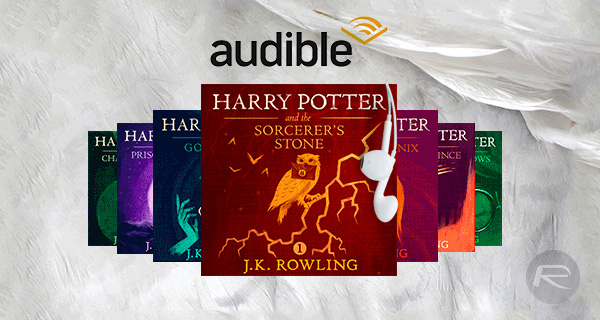 The original Harry Potter book, penned by the now-famous J.K. Rowling, was released all the way back in 1997 and since then, has spawned many sequels as well as movies and all manner of other revenue streams for the author. The arrival of an audiobook version of the Harry Potter series has taken longer than many had expected, or even hoped, but now that they are finally here, it’s great news that even more people can enjoy a story that captivated millions upon millions worldwide.

“The breathtaking performances of Jim Dale, Stephen Fry and Felix von Manteuffel transform Harry Potter’s adventures into immersive and truly transporting new experiences — even for those who have already read the novels,” said Andy Gaies, Chief Content Officer at Audible. Fans of the Harry Potter series will likely want to try the audiobooks out for themselves, and as everyone knows, you can never get enough of a good thing! 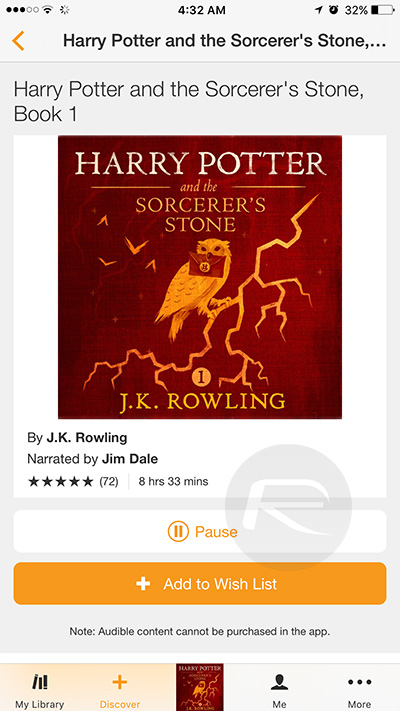 For those new to Audible on iOS, books can’t be purchased from within the mobile app. You will have to add them to your Amazon account from either the Audible website or the Amazon store. The price tag for each audiobook in the series stands at $29.99 as of this writing. Here, you’ll find the complete Harry Potter audiobooks collection over at Audible.