Everyone loves free things, and that goes just the same for free music. Google knows this all too well, and this week sees the Google Play Store offering one of the biggest albums in the world for absolutely nothing. Free. Gratis.

For those who are of the right age, Michael Jackson’s Thriller is the album that they just had to own. While it’s highly unlikely that any big Michael Jackson fan doesn’t already own at least three different copies of Thriller, the availability of the album for free via Google Play will not only benefit fans of the man’s music, but also those who currently sit on the fence. 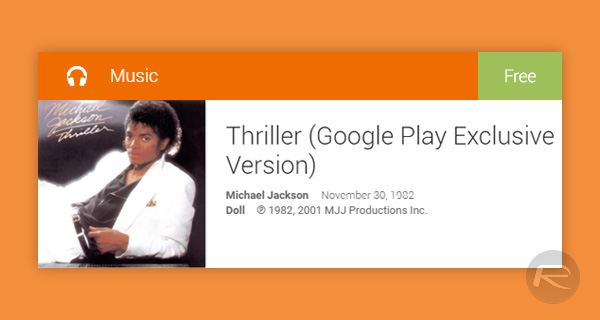 With the likes of Beat it and Billy Jean amongst its ten tracks, Thriller is the kind of album that any true music fan should have in their collection, and with it now being free on Google Play, you really have no good reason not to. The album can be downloaded for free from the Google Play Store inside the United States right now, and while we haven’t had it confirmed we’d love to know if any international readers are seeing the same album – or indeed a different one – available for free in their territory, too.

Originally released in November 1982, Thriller was Jackson’s sixth studio album and one of his best. The track list reads as a who’s who of epic ’80s songs, and we’re off to listen to it right now. Just as you should be! In case you didn’t already have the entire album memorized, following is its complete list of songs. 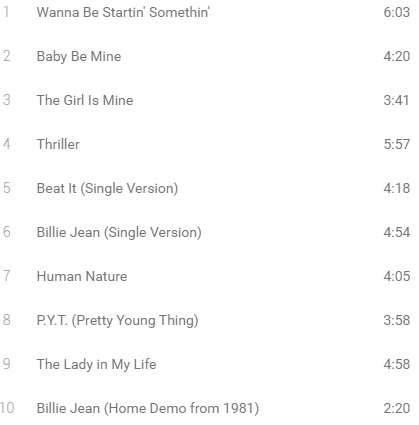 You can download the album from the Google Play Store’s Music section via the link provided below. If you search for it manually, note that you’re looking for the “Google Play Exclusive Version.”