Great news for all you Harry Potter fans out there. Apple has officially announced that as of today, enhanced versions of all seven of J.K. Rowling’s Harry Potter books will be available for purchase and download exclusively via its iBooks Store. The official Apple press release on the subject highlights the fact that all of the enhanced editions of the books will be available for readers to enjoy exclusively on their iPhone, iPad, iPod touch, or Mac around the world, and even goes as far as outlining the impressive sounding features that will come with the download.

Those who opt to purchase the enhanced versions of the Harry Potter books will get the full original text, as well as an array of interactive animations and purposely designed and implemented “elaborate” artwork that is included as part of an attempt to bring the books to life in a way that has never been seen before. There’s also the inclusion of various annotations throughout the series of books that have been penned and included by the hand of J.K. Rowling herself. 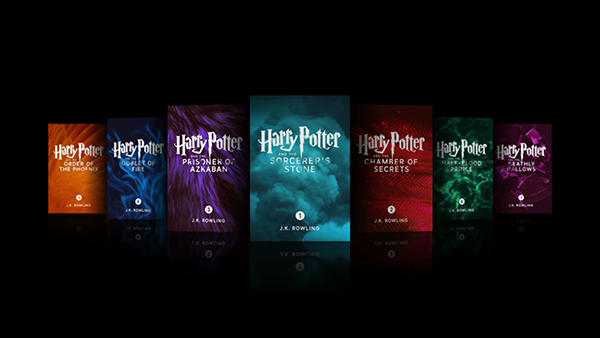 The author has also chimed in to the official press release with a statement on the release:

I’m thrilled to see the Harry Potter books so beautifully realised on iBooks for the digital world; the artwork and animations in these enhanced editions bring the stories alive in a delightful new way.

Until this announcement, the Harry Potter books and the unbelievable imaginary sense of wonder that they create had only been available to purchase directly from the Pottermore Shop, making it an even bigger coup for Apple. In addition to the excellent features mentioned above, consumers can also expect to receive a custom cover page for each different title, as well as beautiful inventive typography and custom Harry Potter typefaces. 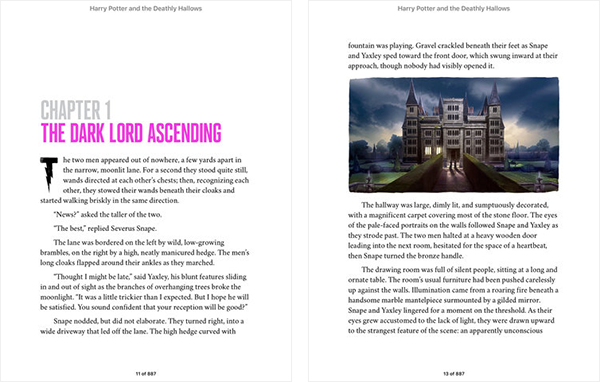 All of the seven titles are available for purchase immediately in English via the iBooks Store in thirty-two different countries, and will cost $9.99 each. Apple is attempting to bring the enhanced versions to as many individuals as possible in their native language, and has also opened pre-orders for French, German, and Spanish versions of the books. Apple will also be offering additional availability in eighteen new countries from November 18.