Christmas Deal: Download $220 Worth Of Paid Android Apps For Free, Here’s How

There’s a huge Android apps Christmas sale happening right now, and 40 titles – worth $220 in total – are up for grabs absolutely free. More details and how to avail this offer can be found right after the break.

Amazon Appstore, the Android app portal that offers one paid Android app for free every day to its users, has just put up a mammoth $220 worth of paid titles absolutely free. 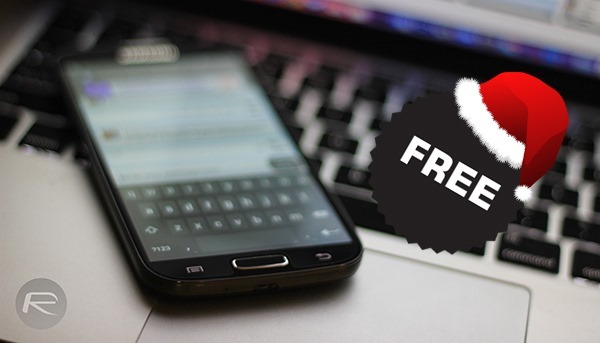 The giant online retailer announced a few days back that free apps will be up for download starting from the 24th of December through to the 26th. While Amazon had not detailed the list of the apps back then, and teased us with information on inclusion of titles from developers such as Halfbrick Studios, Rovio Entertainment and Sega.

Well, the list is up, and as said by Amazon, the savings on these apps amount to $220 collectively. 40 apps in total, and we have them listed here in alphabetical order.

All of the above Android apps can be downloaded – as we mentioned before – directly from the Amazon Appstore.

We’re still waiting for the official Google Play Store to spread some Christmas magic as well, but there is no word or hint of any such plan, but maybe the search giant will quietly push out some paid apps for free real soon? We can only hope.

Amazon has also mentioned in its press release that the free Android apps are just a part of the bigger plan, with the online retailer offering discounts and deals for Amazon Instant Video, Amazon Music, Kindle Books, Amazon Device Deals, and more.