Samsung’s Galaxy S series of smartphones may be sitting up there at the top of the food chain as some of the most popular devices in the world, but there’s always something a little “off” about them. Many consumers who were once staunch Samsung advocates and lovers of the Galaxy S series have abandoned ship in recent years in favor of a smartphone that can offer a more solid, robust experience built upon strong engineering expertise. Sadly for Samsung, its devices have never been what you could call ‘premium quality,’ which is something that could change if this purported body of the Galaxy S6 turns out to be a genuine article.

The biggest compliment that can be paid to Samsung is that it has continued to retain an extremely large customer based year-after-year, even when it continued to mass produce flagship devices that just weren’t in the same class as the competition when it comes to build quality. That loyalty may have dwindled somewhat over the last twelve months but Samsung needs to be congratulated once again for recognizing the distain of its consumers and acting accordingly. The launch of last year’s Samsung Galaxy Alpha as well as the Galaxy Note 4 and Note Edge has already proven that the company means business when it comes to improving the overall quality of the smartphones and tablets that it sends out to market. 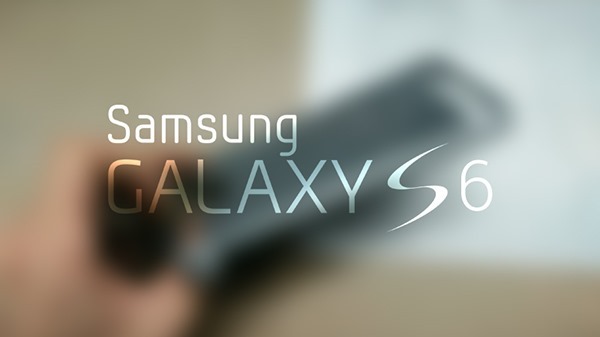 Specifications and final design for the next flagship in the series, the Galaxy S6, have yet to be completely confirmed, but as we have come to expect nothing can be kept a secret in this modern world of instant communications. The leaked image, which initially showed up on Nowhereelse.fr, shows an all-metal body which immediately has the visuals of a high-end Samsung device. Of course, the legitimacy of the leaked image cannot be verified as we are yet to find a Samsung executive who would be happy to confirm that this is indeed the basis of the Galaxy S6, but it looks genuine from our armchairs. The body clearly shows an aperture for the included camera module as well as a cutout towards the bottom of the frame. 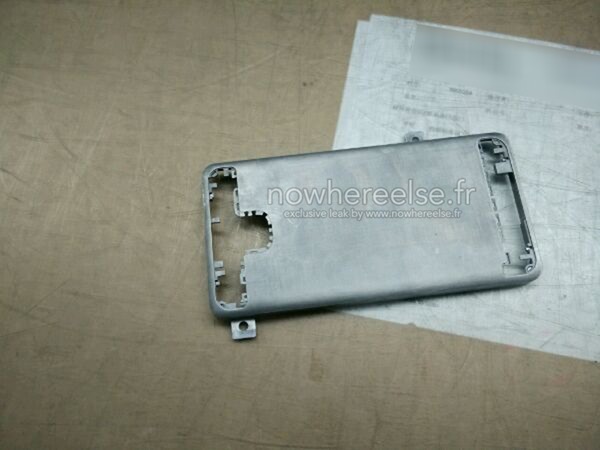 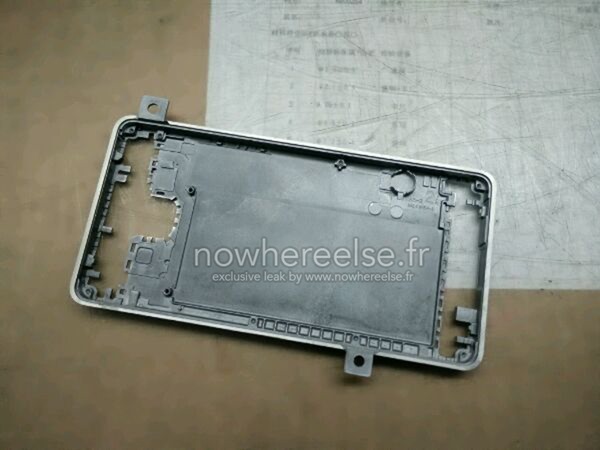 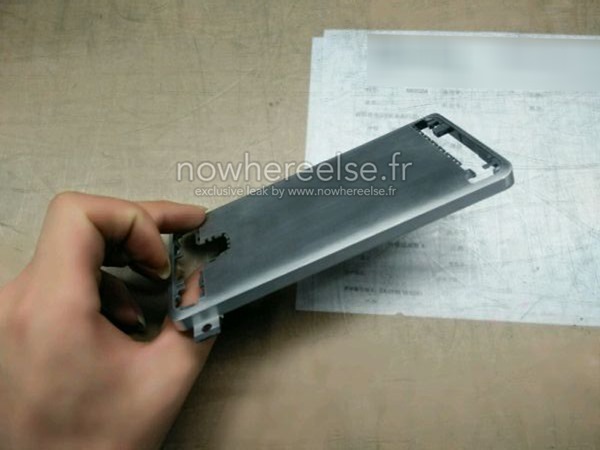 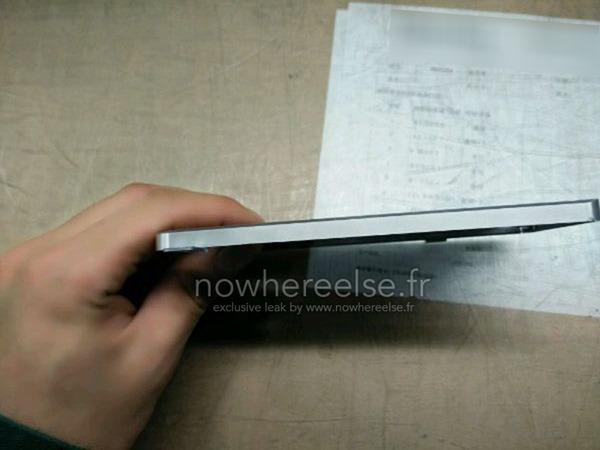 This particular leaked image is likely to represent the first of many images that we will see over the coming months. Some of which will be clearly fake and some of which will be ripped directly from one of Samsung’s various assembly lines. The potential move to an all-metal chassis can only be a positive thing for the scores of loyal Samsung fans around the world.