LG has just unveiled the successor to the curvaceous G Flex, and although it packs a few little surprises, the naming scheme is not one of them. The LG G Flex 2 is now official, and if you’re intrigued as to what LG has brought to the table with its latest flagship smartphone, we’ve everything you need to know right after the break.

It’s fair to say that despite a fair amount of hype, the original G Flex didn’t really turn heads, and as such, the Korean company has gone back to the drawing board and delivered a handset that is, quite simply, dripping with power. 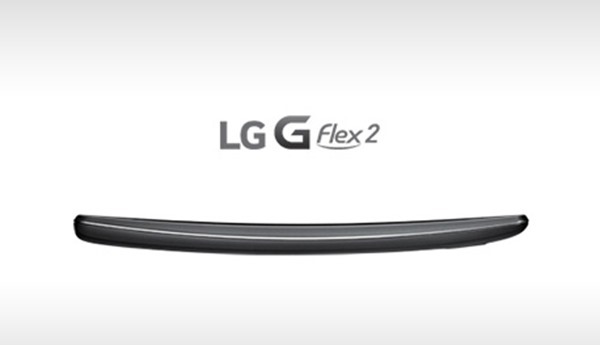 Seeing as it’s the first major Android announcement of 2015, its tech. specs should serve as a benchmark for what we can expect from the likes of Samsung and HTC as the likes of the Galaxy S6 and One M9 are prepared for release – in which case, we’re in for a real treat this year.

Indeed, it has been rumored that those aforementioned smartphones will take advantage of Qualcomm’s 64-bit Snapdragon 810 processor, and the LG G Flex 2 is the first official beneficiary. Apple took the mobile industry by complete surprise with the iPhone 5s’s 64-bit A7 chip, and it has taken a while for the rest of the market to catch up, but expect almost every meaningful, high-end Android device to pack the 64-bit Snapdragon 810 SoC in 2015. 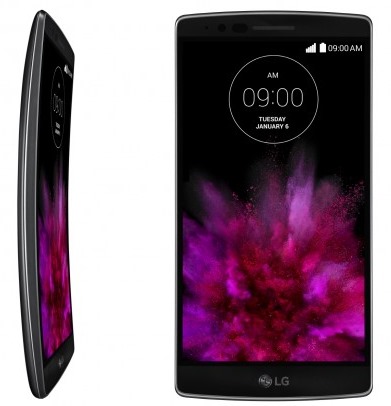 The G Flex’s display really let it down, with the 1280 x 720 panel offering what many considered to be mid-range resolution. But the G Flex 2 arrives with a 5.5-inch 1080 x 1920 Plastic OLED, a material that affords it the flexibility.

The processor is clocked at 2.0 GHz, and arrives accompanied by 2GB or 3GB of LPDDR4 RAM, dependent on the region you happen to purchase from. There’s 16GB or 32GB of storage space, which can easily be expanded upon by means of a microSD card, and the G Flex 2 also packs a healthy 3,000 mAh battery.

The 13-megapixel rear-facing snapper offers OIS+, laser autofocus and dual-LED flash, while the 2.1-megapixel front camera should be more than enough for those selfies.

There’s no doubt that the inaugural G Flex should have offered a full HD display as standard, but still, Android 5.0 Lollipop. which the G Flex 2 offers right off the bat, should look nice and detailed on the sharper 1080p panel.

At this point, there’s no official word on the LG G Flex 2’s pricing, but it will available at the end of January in South Korea, with an international rollout happening later this year.

What do you make of this device? Share your thoughts and comments below!