Cell Phones to be Sold with Radiation Labels Next to Price Tag in Future?

Today, cell phones are extensively used by 4 billion plus people on earth. This has resulted tremendous increase in the demand for new devices. We see new brands and models floating in market every other day. No doubt, there is a great craze for cell phones, but at the same time there is also a major concern in the minds of the users about the radiations emitted by these devices. Significant risks of brain cancer and salivary gland tumors, migraine, vertigo, and behavioral problems are posed to people using cell phones, especially to young children who will be exposed to it for next 50 years or so. 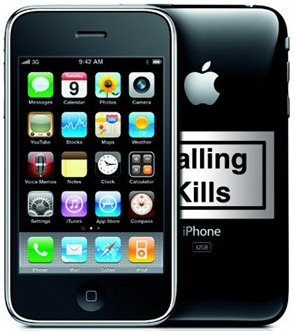 So to be on the safe side, members of Environmental Working Group (EWG) carrying out research on the subject, opined that until we know a little more about emitted radiations, it will be wise to buy phones with the lowest emissions. Now a proposal is being endorsed by San Francisco Mayor Gavin Newsom, a known user of iPhone himself, compelling all vendors to display radiations level of devices next to their price tags. In case the proposal comes through, the Bay Area residents will see its implementation in the outlets not later than next month.

SAR limit set by the FCC is 1.6 watts per kilogram (W/kg). The proposal if implemented, may prohibit or at least deter folks of all those brands whose SAR is higher than1.6 W/Kg. iPhone users still need not to worry as the SAR level of iPhone is far lower than others. iPhone is far safer to use than many contemporaries in the field. [via Engadet]