Oh dear, how does this keep happening? Earlier today celebrity Nick Cannon sent out a tweet that waxed lyrical about the new Samsung Galaxy S6 that T-Mobile had hooked him up with. That’s all well and good, and at that point we really don’t have too much to say.

Where things take a sudden nosedive is when you notice that the tweet in question was sent out from, you guessed it, an iPhone. Top marks to the tweet for making it clear the whole thing is sponsored with the #ad hashtag though. 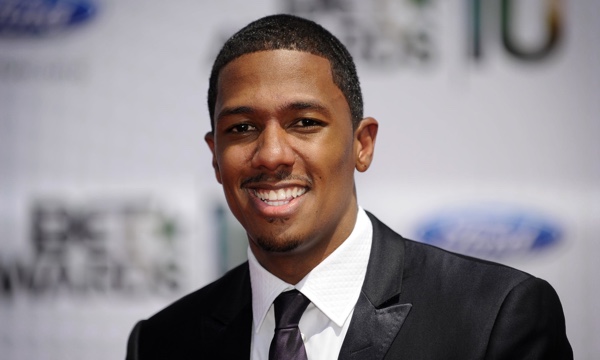 Now of course, this isn’t the first time this has happened and it probably won’t be the last. But it really, really should be. Yes we know that these things are probably done by a PR team rather than the man himself and they might not have a Galaxy S6 of their very own to use. That’s fine, but is it really so hard to send the tweet from the Twitter website instead of Twitter for iPhone?

Similar faux pas have left the likes of tennis star David Ferrer in a similar situation, and even Alicia Keys managed to tweet about the ailing BlackBerry when using her iPhone. We forgave them, but at this point and especially if this game is your job, such simple mistakes really are silly. 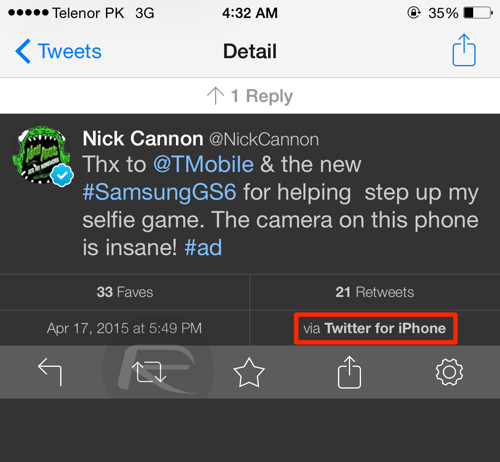 Remember folks, if someone gives you an expensive smartphone for free and asks you to tweet about it, you could at least make sure that you tweet about it while you’re actually using it!

It’s not rocket science, is it?