We’ve all said something on Twitter that we probably shouldn’t have, but one tennis star actually managed to say the right thing, just using the wrong smartphone.

Samsung’s pulling out all the stops for the promotion of its new Galaxy S4, with ads on TV, in print and now apparently, on Twitter.

"..configuring S Health on my new #GalaxyS4 to help with training @SamsungMobile." 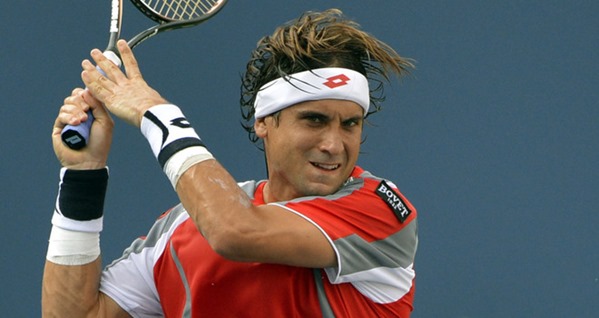 With Samsung sponsoring the Mutua Madrid Open, it made sense that Ferrer would possibly have been handed a Galaxy S4 to play with. Everyone’s happy, right?

Well, no, not quite. See, Ferrer made an unfortunate mistake. As we all know, Twitter stamps all tweets with the name of the app that was used to send it. So, when the Galaxy S4 tweet said that it came from Twitter for iPhone, things began to get a little awkward. The tweet itself was pulled pretty quickly, but as countless celebrities have found in the past, it doesn’t take long for someone to take a screenshot on Twitter. And guess what? We didn’t miss the opportunity either! Here’s the tweet with the marvelous Twitter for iPhone stamp on it: 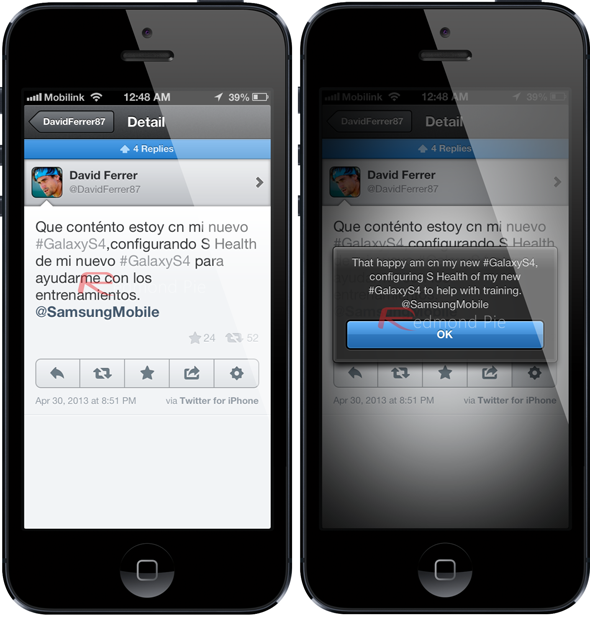 Now, it’s not the first time that someone famous has fallen foul of the fact Twitter stamps tweets with the name of the app they were sent from. Oprah Winfrey famously tweeted to publicize the Microsoft Surface to her legions of followers only for someone to notice that the tweet in question came from an iPad. And again, we didn’t miss that opportunity either.

Alicia Keys has also been caught tweeting from an iPhone after being names BlackBerry’s Global Creative Director. We’re sure there will be plenty more in the future, too.

We’re not sure what people expect, really. Did everyone really think that all these celebrities are really using the things they are paid to talk about? Really really?

Regardless, today one tennis star learned a little bit more about social media than he knew yesterday. That’s got to be a good thing, right?

We’re quite certain that there’s a lesson to be learned here. But, considering how things are going, it won’t be long until we see another celebrity slip out a tweet like this one.