CarrierCrack has been updated once again, this time adding AT&T carrier hack support on iPhone running iOS 10. Here are the details on this release.

One of the wonderful things about operating on a jailbroken device is watching on in awe and delight as your favorite tweaks and extensions get updated to work with the latest jailbreak, and the latest versions of firmware. 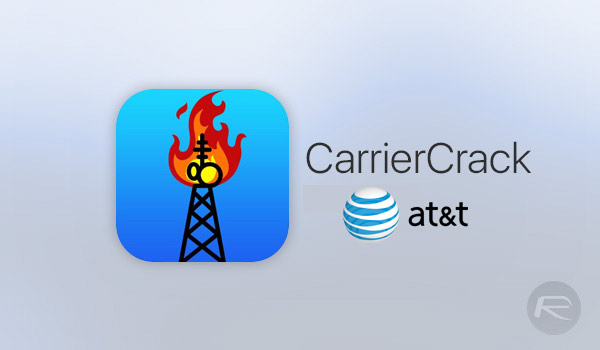 Last week we brought you the news that CarrierCrack for jailbroken devices had been released with support for the T-Mobile network for devices on iOS 10. The team has been hard at work and has launched an additional update to the CarrierCrack package, this time bringing full support for those who subscribe to the AT&T network.

What we have here is a fairly extensive little package that looks to introduce some additional options that carriers have otherwise forgotten to bring to users, or simply have chosen to remove as they don’t wish to support the feature, or it just introduces a an unwanted cost. Regardless of the reason, subscribers to a particular network generally pay a fair bit for their devices and calling plans, and are often locked to 18 or 24-month minimum term contracts, and therefore feel like they are being done a disservice by the network. CarrierCrack changes all that.

From a feature perspective, support for the AT&T network now means that the package has been updated with a full set of worked AT&T carrier files. Users should find that they have a new cellular data menu on their device which offers selection between 2G, 3G, and 4G LTE as there chosen data connection.

Installation of the tweak also auto activates Voice-over LTE (VoLTE) when LTE is activated on a device which supports that particular feature. Additional settings include an unlocked APN settings menu, free tethering/hotspot, enhanced signal capabilities, and even enhanced 3G+ speeds for GSM users.

Of course, there is more to the package than just what is listed above, so it’s definitely worthwhile grabbing the package for the $2.99 asking price for those who wish to truly unlock the power within from a network perspective. It’s also yet another great example of developers acting quickly to support devices jailbroken with yalu102, with this particular update supporting iPhone SE, iPhone 6s and 6s Plus, and even Apple’s iPhone 7 and 7 Plus. Speaking of yalu102, since it’s an semi-untethered jailbreak, CarrierCrack will need to be reinstalled after every reboot.

We’re sure the carriers won’t be happy about this, but consumers aren’t happy about being shortchanged either.