A couple of days ago, Apple released the first beta of iOS 10.3 to developers, and yesterday it made its way to the public beta program as well. That means that developers and enthusiasts the world over are now starting to get to grips with what Apple’s latest beta has to offer. 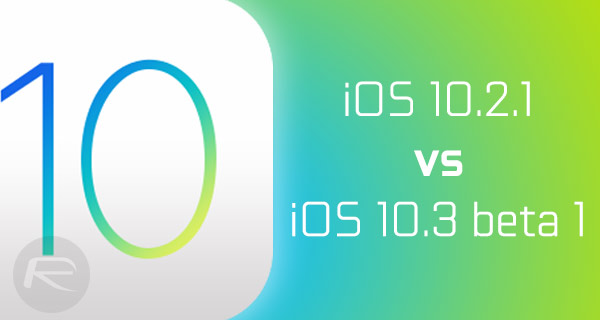 As far as betas go, it has quite a bit to offer on paper, but how does that translate into performance on iPhones? We’re glad you asked, because iAppleBytes has done what it does best. It has taken a set of iPhone 6s, 6, 5s, and 5 and installed the iOS 10.3 beta 1 on each of the devices. These have been put against another set of similar devices running iOS 10.2.1 final.

Doing so, the YouTuber has been able to draw some conclusions over whether the new software is any faster, or indeed any slower than the software it replaces. This batch of tests is particularly interesting because the first beta of iOS 10.3 is the first iOS outing of Apple’s new file system, APFS. Would APFS make for a speed bump, perhaps?

As it turns out, it does. And quite a dramatic one at that.

Geekbench also scores better on iOS 10.3 beta 1, both in single-core and multi-core scores. There is an odd one out however, with the iPhone 5 bucking the trend, perhaps because it’s a 32-bit device? It’s early days for iOS 10.3, but the initial indications are good for those who own older iPhones and are also fans of outright speed. If APFS is indeed faster than the existing solution, then that bodes well moving forward.

Don’t believe us? Check out the videos embedded below.