British Airways, the UK’s biggest airline, has just added boarding pass support to Apple’s native Passbook app for iOS. Considering Passbook first arrived back in September along with iOS 6, it has been a long time in coming, and you can catch all of the details after the break along with the download link to the app!

British Airways, like most large companies, has had an app available for travellers using iOS for quite a while now, but with today’s update to version 4.4, boarding passes will now be shown in Passbook by default. Pretty impressive stuff we must say. 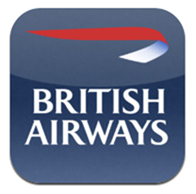 British Airways is a primary candidate for a service like Passbook, and although support is somewhat basic at this point in time, the airline has promised subsequent updates will continue to expand the integration with Apple’s native voucher and boarding pass app. Before long, those flying with British Airways will be able to check for changes to flights, or other urgent messages such as your plane being due to take off, right from the lock screen. 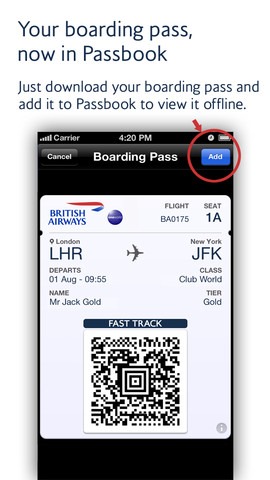 Those of you in membership of the Executive Club may need to log back into your accounts upon updating the app, so if you don’t remember your credentials and don’t want to have to go through any kind of password recovery rigmarole, wait until you have these details handy before going ahead and installing the new British Airways app.

Many airlines have already, ahem, hopped aboard Passbook, with American Airlines having been one of the first late last year. This update means anybody travelling to or from Britain will be able to check their boarding passes from within Passbook, and with more updates promised in the near future increasing the capabilities, Apple’s fledgling service may finally take off!

British Airways version 4.4 for the iPhone and iPod touch can now be grabbed from the App Store link provided, and as ever, is completely free of charge. Download it, check out the new features, and be sure to leave your thoughts on the new Passbook integration by dropping a comment below.

(Download: British Airways for iPhone on the App Store)