As we step closer to an official introduction of the 4-inch iPhone 5se by Apple, more speculation pertaining to the device is emerging. Apple is expected to introduce the device at its March 15th event, along with a slew of other hardware improvements across multiple product lines. A new report is laying the foundations for what consumers can potentially expect from an external finish perspective. Citing third-party vendor sources, the report suggests the iPhone 5se will be made available in Silver, Space Gray, and Bright Pink colors.

The potential availability of the Silver and Space Gray finish really won’t come as a great shock to anyone. Apple has regularly introduced those particular exterior finishes to the iPhone and iPad for a number of years now. The raised eyebrows may come from the fact that sources are now predicting a bright pink finish that differs hugely from the Rose Gold option that has proven so popular on the iPhone 6s range. The speculation is likening the pink option to the ‘Pink’ that was introduced with the iPod nano and sixth-generation iPod touch.

Speculation pertaining to the iPhone 6s prior to it actually being publicly unveiled suggested that it would be offered with a “pink” color option. As it transpired, that turned out to be a very subtle pink in the form of a more elegant Rose Gold option, but it seems that there’s potential for consumers to snap up this new iPhone with a finish that makes a distinct separation between itself and the Rose Gold iPhone 6s. It’ll be interesting to see if this pink option does come to light, and secondly if there are any additional color options available or if the iPhone 5se will be offered with just these three finishes. 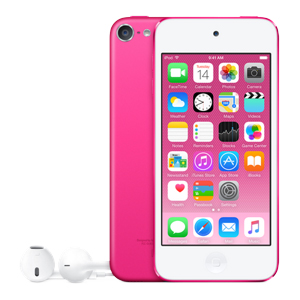 The likelihood is that as we get closer to Apple’s speculated event on March 15, the more leaks and concrete reveals we will start to see about the iPhone 5se and what it will offer. There’s a general consensus amongst analysts that the hardware will ship with technologies like Touch ID and NFC for Apple Pay compatibility and carry an A9/M9 combo at the heart of things. The camera modules are also expected to support Apple’s Live Photos feature, although there won’t be a pressure sensitive display to interact with those photos via 3D Touch.