We’re getting closer and closer to an official introduction of Apple’s new 4-inch iPhone, and as such, speculation pertaining to the device is going into overdrive. The latest informed information over the weekend has suggested that the new addition to the iPhone range will be called the ‘iPhone 5se‘, and not the ‘iPhone 6c’ or ‘iPhone 5e‘ that has been bandied around over the last few months. To add further fuel to the fire, a new photograph has now emerged which claims to provide the first glimpse of the purported device. It’s pictured sitting side-by-side with Apple’s older iPhone 5 handset for reference.

Majority of the reports that have surfaced about Apple’s new mysterious device seem to back one another up in terms of what to expect feature wise. Most of those information leaks agree that the device will come with a 4-inch form factor, which is essentially the same size as the iPhone 5, iPhone 5c and iPhone 5s, and will carry iPhone 6-like design. The image that has now leaked seems to confirm the size, scale and design of the upcoming device. 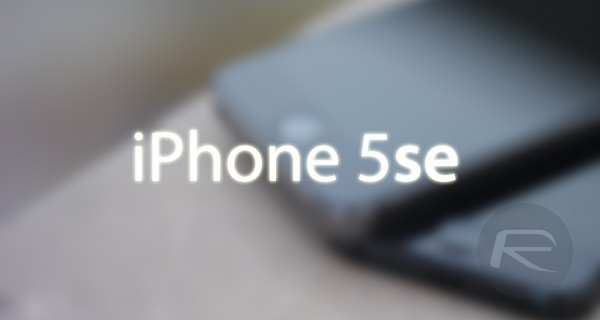 There’s an immediate visual similarity between the speculated device and the iPhone 5 that’s sitting alongside it. The form-factor of the device is very similar to Apple’s older hardware, but looks to sport rounded corners that make it look and feel a lot more like the company’s flagship models that are currently leading the market. We’ve seen image “leaks” in the past that have proven to be nothing but fallacy, but this one does have a legitimate feel about it. The image was originally shared on a forum, which has history of sharing images and leaks that turn out to be entirely accurate. 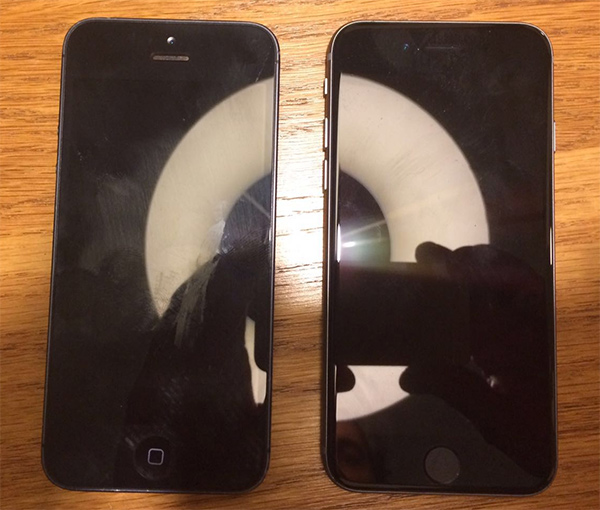 In addition to potentially shipping with iPhone 6/iPhone 6s like aesthetics, the new ‘iPhone 5se’ is also expected to offer NFC to allow Apple Pay compatibility. It also looks as though Apple will bundle in the iPhone 6’s 8-megapixel back camera module, 1.2-megapixel front cam module, along with an internal A8 processor and accompanying M8 Motion coprocessor for tracking things like movement and fitness activities which can then be relayed back to the Health app. While 3D Touch is not expected to be part of this model, it is expected to officially support Live Photos feature, which is currently available exclusively on Apple’s latest iPhone 6s and 6s Plus models.