It’s highly likely that Cupertino-based Apple will not be happy with the overly eager performance of one of its logistics partners in the San Diego, California area. Adrienne, who plies her trade as a visual designer in the San Diego locality, has become one of the first known customers to receive a pre-ordered iPhone 6s unit a whopping five days before it was actually meant to be delivered as part of Apple’s official launch of the handset in eleven countries around the world.

Rather than remaining silent and basking in its glory, Adrienne did what any excited consumer would do when they receive a product nearly five days earlier than the rest of the world; share the whole thing over social media. This particular pre-order was purchased as part of a minimum term package through the AT&T carrier, and what makes the early delivery even better is the fact that it’s one of Apple’s brand new Rose Gold offerings.

As you might expect, Apple deals with a large array of parcel delivery and logistics companies around there world as part of its network of delivery partners. As part of that partnership Apple specifically requests that those companies, such as UPS, FedEx, and TNT, keep ahold of all pre-order units and only actually make the delivery of the product on or after the day that the hardware is physically available to purchase in stores. Considering the scale of the delivery options in the initial launch countries, it’s only to be expected that a few units slip through the net and make it to their destination a little earlier than anticipated. 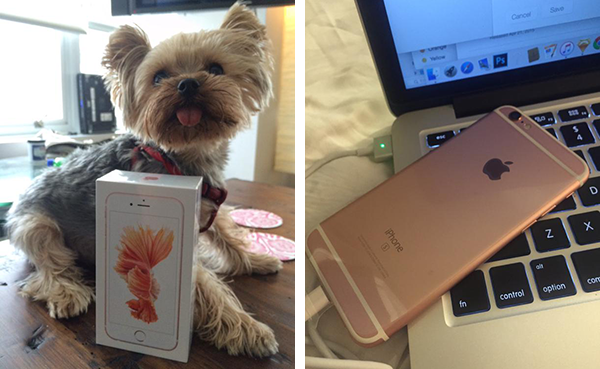 Luckily for the rest of us, this particular early delivery has made it into the hands of someone who is clearly au fait with technology and understands what the world wants to see from the iPhone 6s. To that end, Adrienne took the opportunity to upload Geekbench 3 screenshots of the device in action to the web. 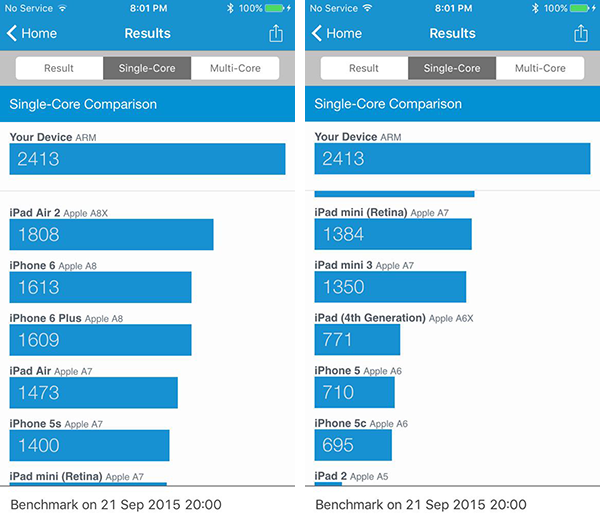 These screenshots show that the iPhone 6s in question notches up a single-core score of 2413 and multi-core of 4293, as well as showing how it performs against other Apple devices like the iPhone mini and iPad 4. As you can see from the screenshots above, iPhone 6s beats all previous Apple devices, even the powerful iPad Air 2, by a long margin. 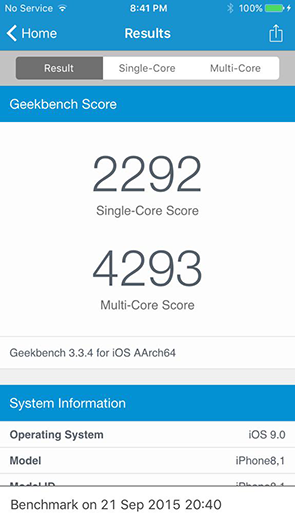 Does this raise excitement levels for your iPhone 6s or 6s Plus coming this week?