The 2019 iPhones are just hours away from being announced and now Bloomberg‘s Mark Gurman has pointed out something that will change the way iPhones look forever. According to the well connected tech journalist, the 2019 iPhones will feature an Apple logo that is centered on the rear panel.

Normally, the Apple logo is placed towards the top of the device. However, Gurman says that the new iPhones will have their Apple logos moved south. But it isn’t an arbitrary change and there is a very good reason for it. The 2019 iPhones are going to feature a two-way wireless charging feature, and the Apple logo will act as a marker for where devices should be placed in order to charge.

That also means that there will likely be no iPhone branding on the back of the devices. That would be unlike previous models, but with a Foxconn employee having said as much in July, it looks increasingly likely that they were correct. In fact, Ben Geskin recently shared an image on Twitter that shows three iPhone 11 models and sure enough, the Apple logo is in the center of the back panel.

We’ll get to find out for sure whether these claims are accurate during the  September 10th Apple vent, which is just hours away.

Apple is expected to announce new iPhones, a new Apple Watch, and potentially a new Tile-like system for locating things and devices. We’ll be keeping our ears and eyes open for more news as the clock ticks down. 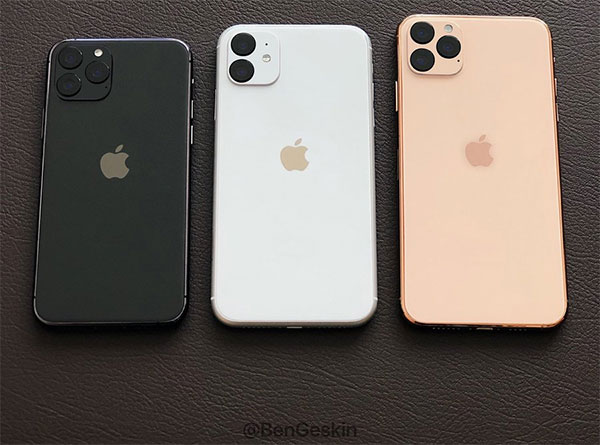