Apple Pay is gradually expanding its reach, and many of the big-name retailers are already on board. Best Buy is doing its bit to get with the times by adding in-app support for Apple’s new transaction scheme today, and per the words of Tim Cook, the electronics retail giant will begin accepting Apple Pay later on this year.

Apple still has quite a bit of work to do regarding Apple Pay’s global impact, but where it has launched – particularly in the United States – it seems well into its stride. After a number of tried-and-failed mobile payment systems in recent years, Apple Pay has comparably taken the market by storm, and the fact that Best Buy was previously part of a group of organizations backing the rivaling CurrentC system makes today’s news a major coup for the Cupertino company. 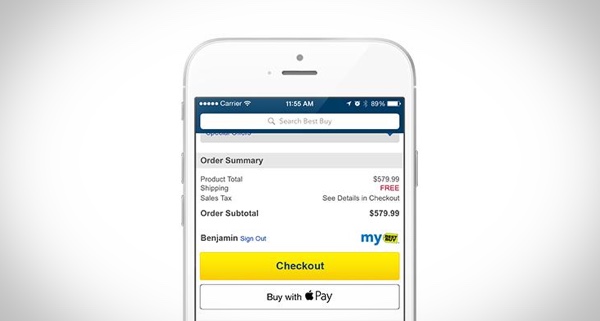 CurrentC, for the uninitiated, is a QR-based system that, with the backing of several big names, does have some leverage. Indeed, it is the brainchild of supermarket firm Walmart. Given the momentum that Apple has managed to gather over the past few months, I daresay that CurrentC is to Apple Pay what HD DVD was to Blu-ray, or Betamax to VHS; but this early on, it’d be rather naive to make any definitive judgement calls.

Still, the fact that Best Buy has jumped ship is encouraging for Apple and its new contactless payment system, and in these instances, it often only takes one to leave for the floodgates to begin opening. 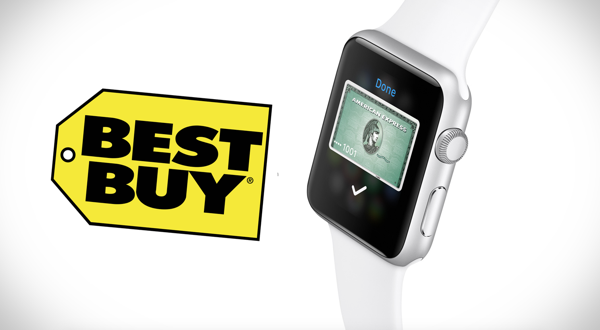 Just whether CurrentC has the staying power remains to be seen. The general consensus from the tech community is that this is a futile attempt by the retailers to seize control in advance of Apple Pay’s big move to capture the consumer market, and with Best Buy having gone with Apple Pay, it’s quite telling of the faith that some companies have – or don’t have – in CurrentC.

So the take-home here, folks, is that Best Buy will be a fully-fledged Apple Pay outlet by the year’s end. The app, which is now at version number 9.1, includes Apple Pay support, and you can pick it up below.

(Download: Best Buy for iOS on the App Store)