How To Power Off, Reboot, Hard Reset Apple Watch

The Apple Watch is so new that it’s easy to get yourself a little confused with its completely new interface and way of doing things, and as a result simple things like turning the watch on and off can be troublesome, especially if you’re like us and never read any of the documentation that comes with a new toy. Who’s got time to do that when they could be playing?

The Apple Watch only features two buttons, but with different things happening when they’re pressed, held or rotated it’s easy to see how things get complicated quickly. That’s why we’re going to straighten things right out for you, 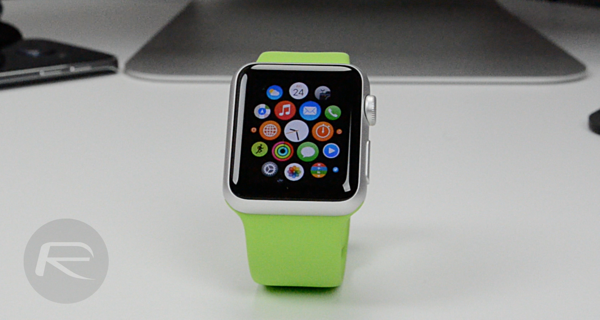 Powering off the Apple Watch is as easy as turning an iPhone or iPad off, so long as you know which button to press. In the case of the Apple Watch, the button in question is the rather descriptively titled ‘Side button.’ Pressing and holding that will reveal a menu of three options; Power Off, Reserver Power and Lock Device. Can you guess which one you need? That’s right, swipe the Power Off button all the way to the right and you’re done. 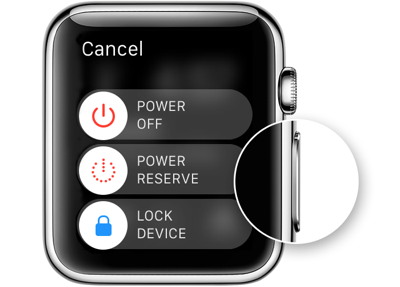 Turning the watch back on is just a case of pressing and holding that same button until you see the Apple logo.

Unfortunately, sometimes software gets itself into such a state that powering off a device the conventional way just isn’t possible. That’s even more likely to occur with a first generation device like the Apple Watch, so you might find yourself needing to hard reset it at some point.

To hard reset your Apple Watch, press and hold both the Side button and Digital Crown at the same time, only releasing them when you see the Apple logo appear. It should take around 10 seconds, so hang on in there.

Hopefully that will see you right in most eventualities. If none of that works then it’s time for a visit to the Genius Bar unfortunately. Good luck!