Angelxwind, the extremely hard-working developer behind the popular AppSync Unified tweak, has had to release another version of the package just days after its iOS 11 compatibility release in order to solve an issue caused by a third-party repository.

If you are one of our regular readership who takes a keen interest in all things jailbreak, then you will likely already know that Angelxwind pushed out version 6.1 of AppSync Unified just a couple of days ago to offer compatibility with the latest iOS 11 Electra jailbreak. 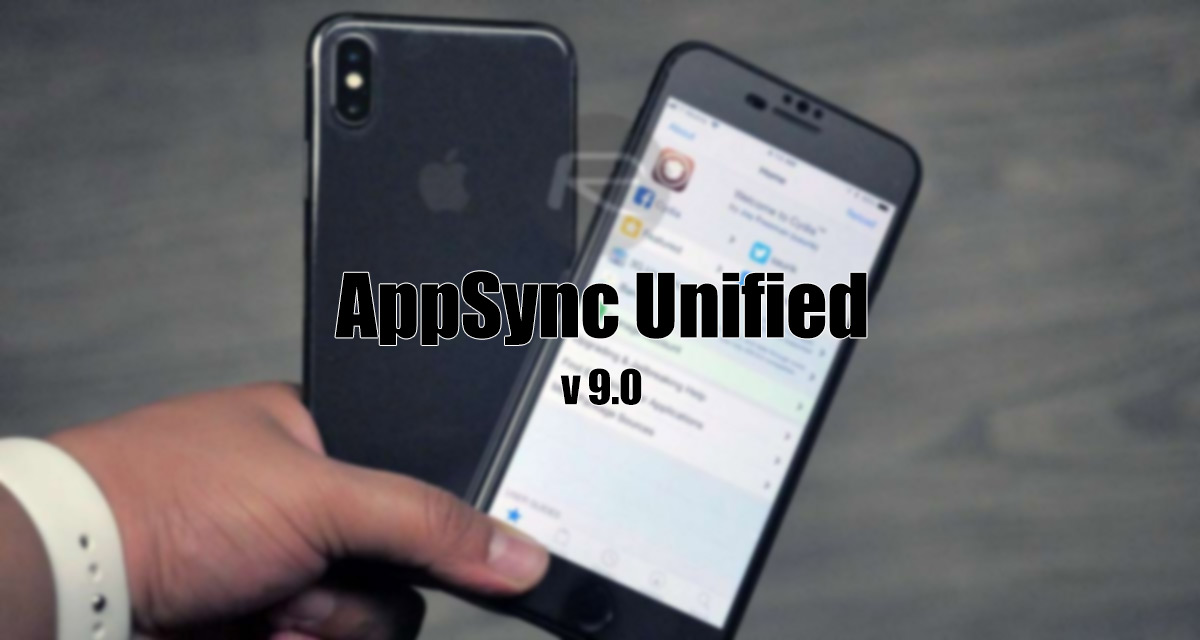 Everything seemed to be working swimmingly and moving all without issue until a “certain third-party piracy” repo got involved and decided to host an unofficial and modified version of AppSync Unified with an entirely different version number, as outlined by the developer in the AppSync Unified 9.0 release notes:

Artificially bumped version number to 9.0 to solve installation issues caused by certain third-party piracy repos making an unofficial modification with a version number of “8.2”. Please do not use AppSync Unified for piracy.

It seems that an unofficial source has taken the latest version of AppSync Unified, made some changes to the tweak, and pushed it out onto their own piracy-based repository along with an increased version number over the original release. This has been causing installation issues for a lot of people, presumably due to the fact that the unofficial version is carrying a great version number than the actual official version.

Given the developer’s stance on piracy, and the fact that she continually tries to hammer home the fact that AppSync Unified is not intended for pirating purposes, this will come as a bitter blow. 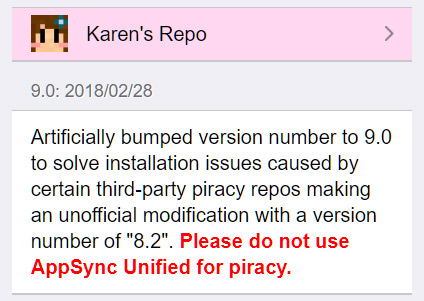 The developer has moved as quickly as possible to solve the problem for device owners – specifically those who don’t use AppSync for piracy purposes – but it will be upsetting that this has had to even happen in the first place. For those with the best intentions, the latest version of AppSync Unified is available right now, listed as version 9.0.