Remember when Apple took the decision to add to its own app lineup a brand new and powerful Clips? Well, that app has now been put through an internal and external update process and is now available with additional visual overlays and effects as well as the introduction of built-in support for an array of popular Disney and Pixar characters.

The new update means that users have access to a multitude of new visual overlays as well as new animated poster designs. 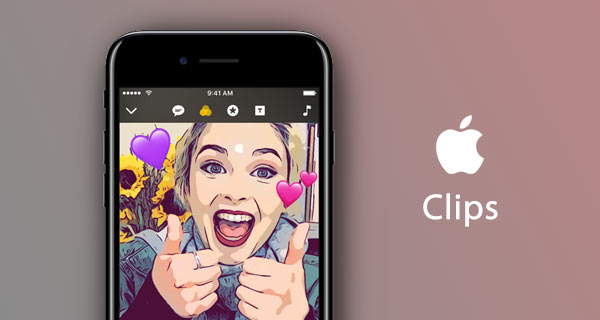 These animated posters are perfect for cut-scenes between video clips and look phenomenal with the addition of text or other graphics over the top. Additionally, Apple has also flexed its corporate power by teaming up with Disney to ensure that a number of popular Disney and Pixar characters are also thrown in for good measure.

These new Disney animated overlays include the likes of Donald Duck, Mickey and Minnie Mouse, Daisy Duck, and even the popular Toy Story characters.

The Apple-created Clips app may have fallen under the radar for a lot of iOS device users. Typically speaking, average iPhone and iPad users tend to use the apps which come pre-installed as part of iOS, and seldom look to the App Store for other offerings created by Apple’s teams. 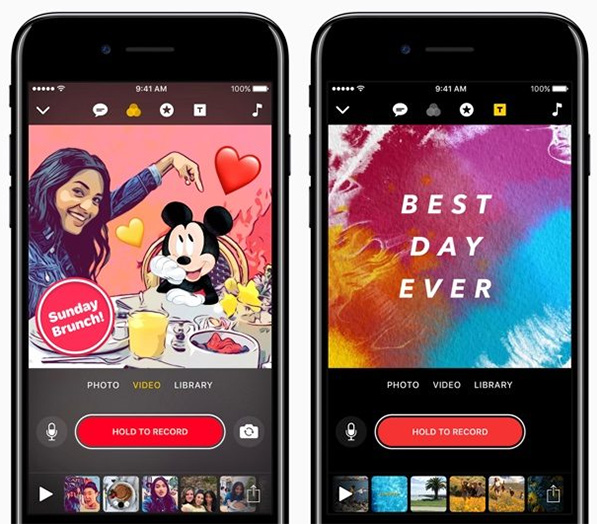 Clips is one of those apps released onto the App Store back in April of this year, affording users with the ability to splice several video clips together to form one single video. When the user is happy with the creation, it can then be saved directly to the Camera Roll or shared with others through various social network integrations or sent in a message via the stock Messages app. Today’s update brings a little additional power and personality to the Clips app. 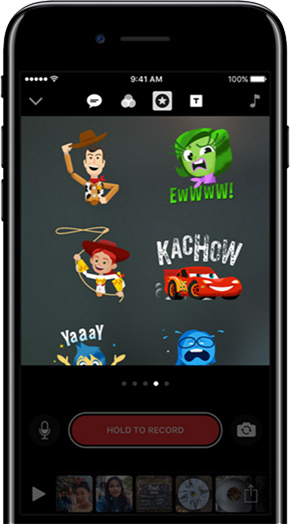 The latest update to the Clips app is available right now from the App Store, and it is actually now shipping on new devices as a default installation.