The Apple Watch Series 7 is the latest smartwatch by Apple, and we got our hands-on with the Graphite Stainless Steel version. If you tried to preorder an Apple Watch on launch day, you may have experienced the same dilemma as us with back order shipping dates beginning with November.

Fortunately, we were able to hunt the same Graphite Stainless Steel version elsewhere sooner than our confirmed shipping dates.

This year the Series 7 was not what was expected as many were looking for a fresh design from the rounded edges. Those going from a Series 6 to a Series 7 may have to do a double take to actually see what is new with this updated Series 7.

Around the device there is still the digital crown, microphone, and the side button. On the opposite side there is one small difference with a large cutout for the speaker compared to the Series 6 that had two cutouts for the speaker.

The most noticeable differences is the new larger screen size going from a 44mm to 45mm. Physically the size of the watch has stayed the same but the bezels have shrunk all around to about half its size from the Series 6. 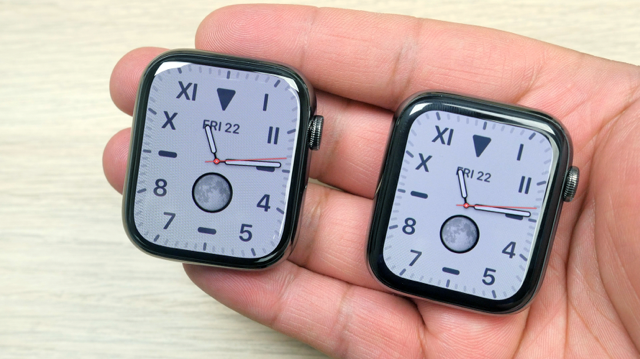 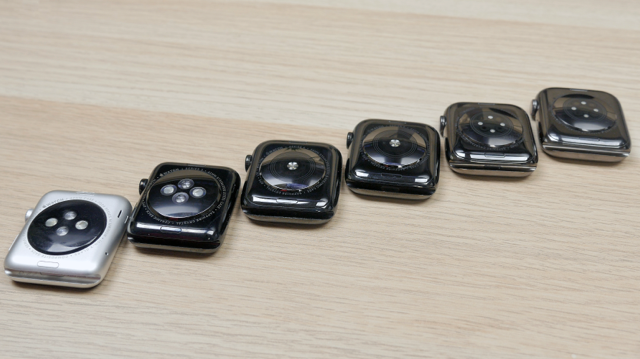 With the larger screen size, you have some added features that is exclusive to only the Series 7. You have 2 new watch faces, Modular Duo and the Contour watch face. These watch faces take advantage of the larger screen and pushes them to the edge of the screen. The Modular Duo watch face gives two full large complications to display on the watch thanks to the 45mm. The Contour watch face is pretty cool as well as it pushes the clock numbers up to the edges of the bezels. 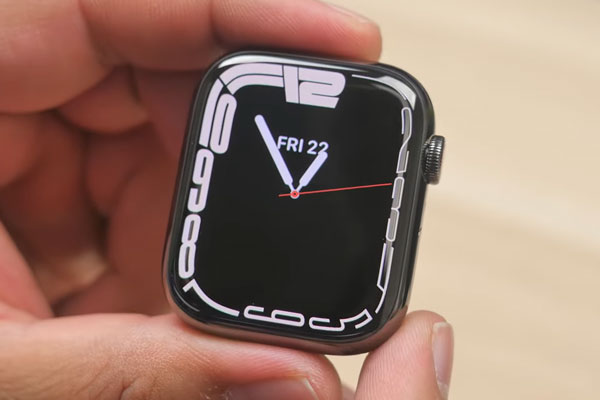 My favorite will have to be the Modular Duo. Now, another added feature thanks to the larger 45mm display is the full size QWERTY keyboard. Instead of using voice dictation or scribbling out a letter or word, you can now tap key to key or slide key to key to spell out your words straight on your wrist. I have found this easier to do and I feel like I use my watch a little more when receiving a text now that there is a full size keyboard. 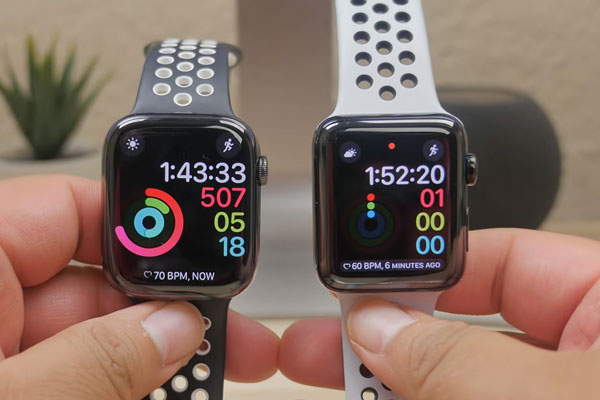 Apple says the Series 7 also has the “Most crack-resistant front crystal” on the display so this gives it a little more durability as it is also now dust resistant with an IP6X rating. USB-C has made its way into the packaging of the Apple Watch Series 7 with the new magnetic charger. With this new cable, and using a 20W wall adapter, you get faster charging thanks to the new charging architecture built into the Series 7. 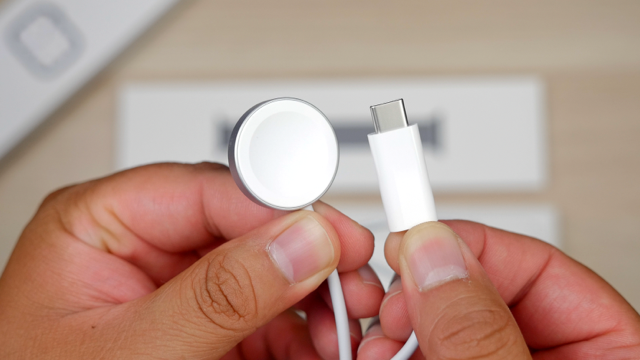 You will get up to 33% faster charging so with a 45 minute charge, you get up to 80% battery. If you wear your watch to sleep, placing your Apple Watch on the charger for 8 minutes will give you 8 hours of sleep tracking. 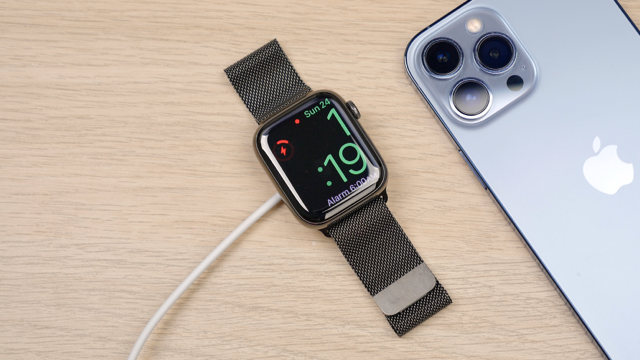 With these new additional features, will it be worth the upgrade? We take a closer look at the Apple Watch Series 7 in our hands-on and let you know why you should and shouldn’t upgrade to Apple’s latest smartwatch.