Apple Watch Can Now Be Restored Thanks To iOS 15.4 And watchOS 8.5

Apple’s recent releases of iOS 15.4 and watchOS 8.5 appear to have added the ability for people to restore their Apple Watches using their iPhone — something that previously required people to have Apple service the wearable.

The move wasn’t mentioned explicitly by Apple beyond a new support document confirms that people can have restore their Apple Watch so long as Bluetooth is enabled and that both devices are on the same WiFi network. 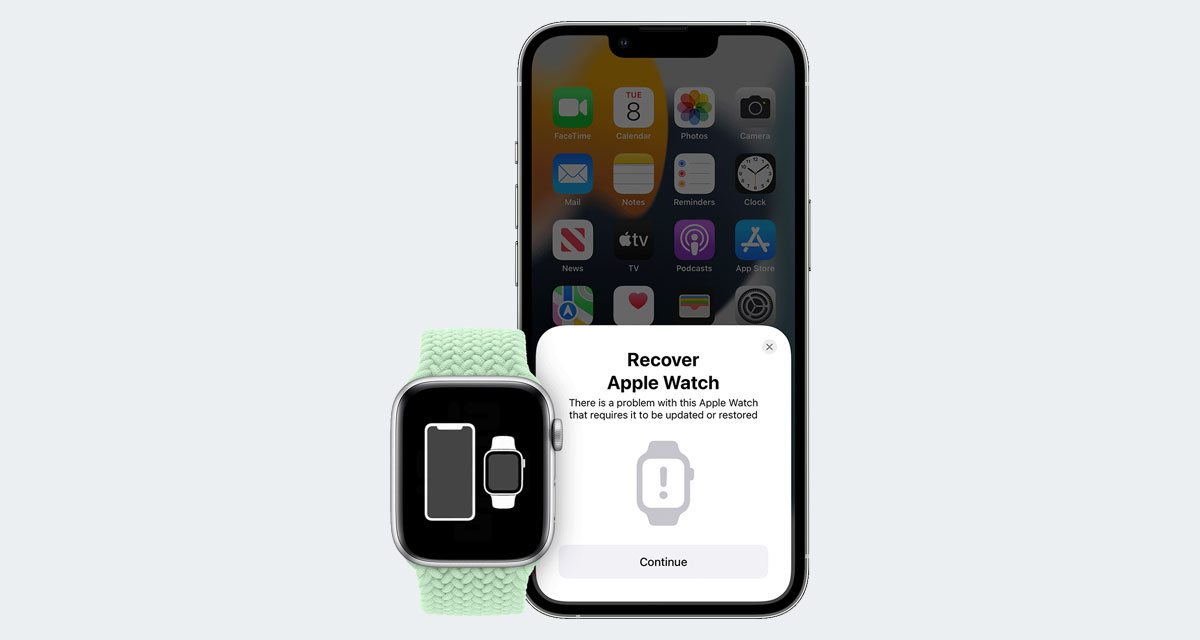 Your Apple Watch might show an animation asking you to bring it close to an iPhone if your watch experiences a problem that requires it to be updated or restored. You might also see a red exclamation point on your watch.

Apple has also outlined the steps that people need to follow and while it doesn’t say which Apple Watches are supported, that might suggest that all Apple Watches with watchOS 8.5 support are good to go.

1. Make sure that an iPhone is nearby. The iPhone needs to have iOS 15.4 or later, it needs to be connected to Wi-Fi* with Bluetooth turned on, and it needs to be unlocked.
2. Put your Apple Watch on its charger.
3. Double-click the side button (the button below the circular Digital Crown) on your Apple Watch.
4. Follow the steps that appear on the iPhone.

Apple made both iOS 15.4 and watchOS 8.5 available to the public earlier this week following a lengthy beta process. This is the first time we’ve heard about this particular feature, but it’s one that could make it considerably easier for people to get a malfunctioning Apple Watch back up and running in the future.