Another year is drawing to a close, which means that we’ll have gone another twelve months without an Apple television being released. While that fact seems to perpetually bamboozle so-called analysts, it probably won’t come as too much of a shock to those that don’t spend their days with their heads in the clouds. Still, just because Apple hasn’t announced its own television, that doesn’t mean that we can’t have some fun.

That’s exactly what everyone who knows how to handle an art app seems to have been doing for some time, and the latest pair to turn their hand to offering a concept of what an Apple television could look like are Martin Hajek and Andrew Ambrosino. The former knows how to come up with concepts of hardware, while the latter knows how to make software out of pretty much nothing. Put them both together and you get a futuristic look at what Apple could create if it did indeed decide to bring its own television to market. 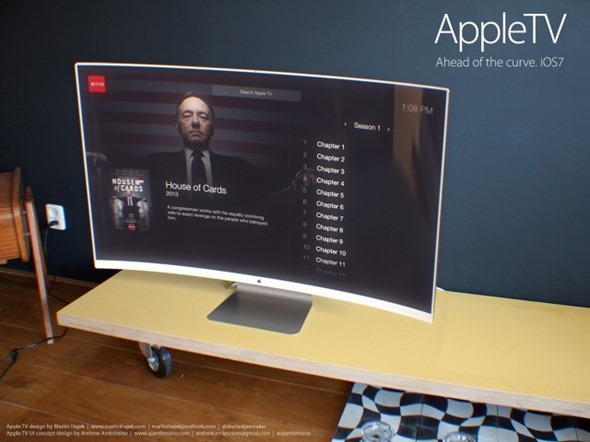 The concept is based on the assumption that the TV set would boast an operating system that both closely resembles iOS 7 and takes some cues from the Mac. Those notifications in particular remind us of the iMessage notifications we see in Mavericks, for example. 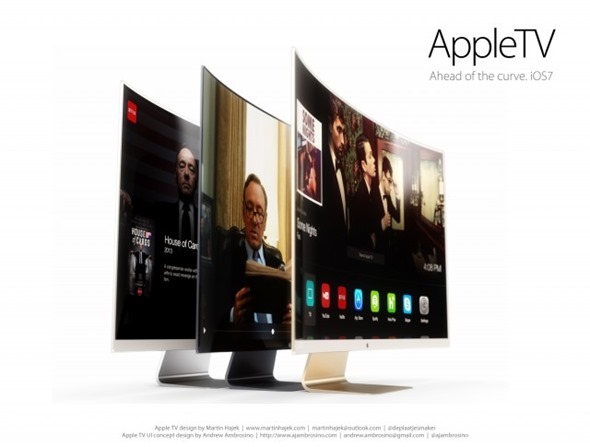 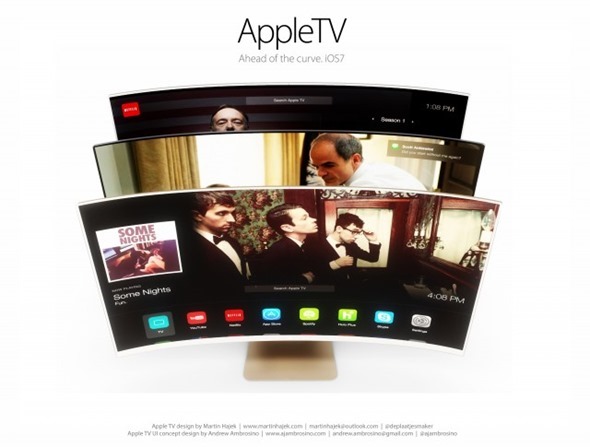 The most striking thing about the work done by Hajek in particular is the fact that the hardware features a large screen with a considerable curve to it. We’re not entirely sure about the merits of such a screen, but we’re willing to give such an idea the benefit of the doubt, if only because it looks awesome. We just might not want to sit in front of it to watch a movie. 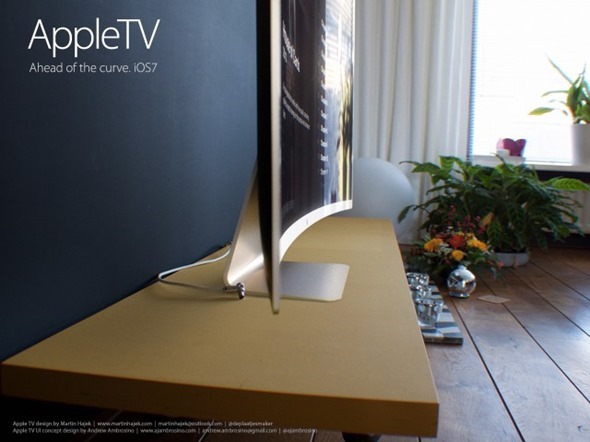 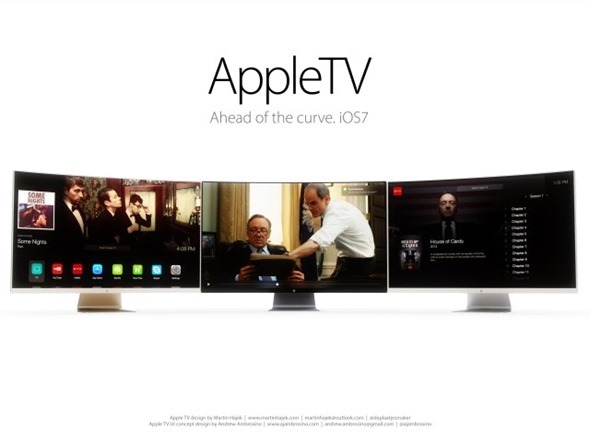 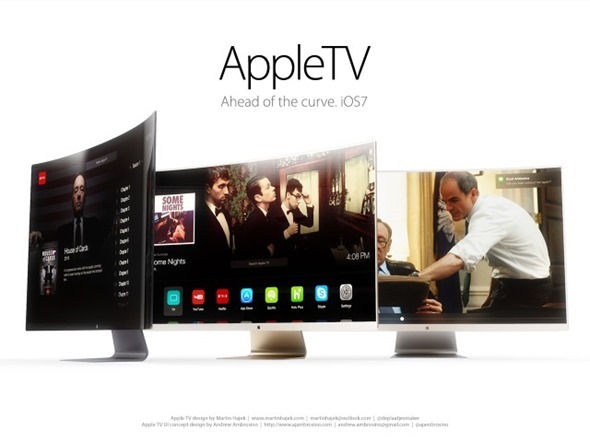 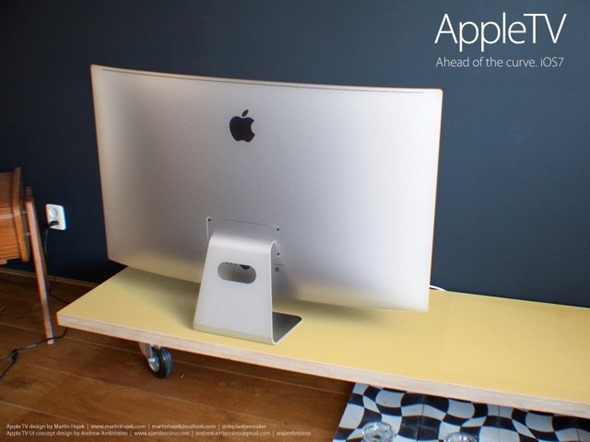 Of course, just because the year is almost over doesn’t mean that the rumors will stop. We expect the rumors to continue throughout 2014, and in fact they’ll probably only ever stop once Apple launches the TV set that everyone seems so sure will materialize. If it never does come though, we may be consigned to seeing these rumors until the end of time.