Some analysts, as well as many general Apple fans, have been under the impression that the fruit company would, at some stage, come through with its own connected TV effort, unofficially referred to as ‘iTV.’ The name itself probably wouldn’t hold; at least, not in the UK, where it is the name of one of the foremost broadcasting services, and by the lack of any tangible activity or evidence to suggest otherwise, it doesn’t seem as though iTV is anywhere near the top of Apple’s to-do list. The substantial improvements to the range of Apple TV content suggests that the little black box is doing just fine for now, and if Jony Ive and his design minions did feel like revamping the OS in the image of iOS 7, perhaps the concept below, dreamed up by designer Andrew Ambrosino, offers us something of a preview.

Ambrosino has been fairly busily trying to imagine what’s next in the world of tech interfaces, and having already offered his own take on what OS X 11 and Windows 9, this Apple TV mock-up is very impressive. For those ardent Apple fanboys that can look past the fact that the concept is thrown up on a Samsung TV since, as Ambrosino admits himself, he doesn’t have the required skills for hardware, then what you’ll see is a very clean, iOS 7-centric take on Apple TV’s famed interface. 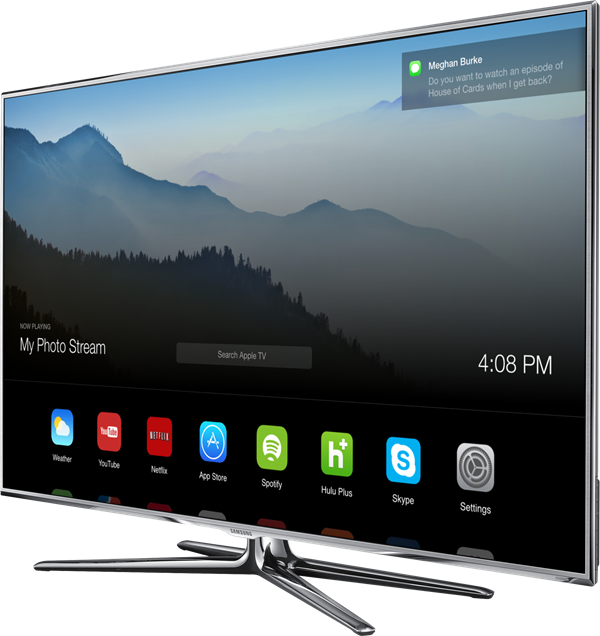 A couple of his ideas in this futuristic Apple TV concept immediately stick out. First and foremost, the Weather app, which, aside from simply being there – intriguing in itself – it appears to borrow its aesthetic from Windows 8.x, with a decidedly tiled interface. Whether Apple would go so far as to rip Windows’ look so obviously – despite having done so with Yahoo for the iOS Weather app – remains to be seen, but the idea of having this utility integrated into Apple TV definitely provides food for thought. 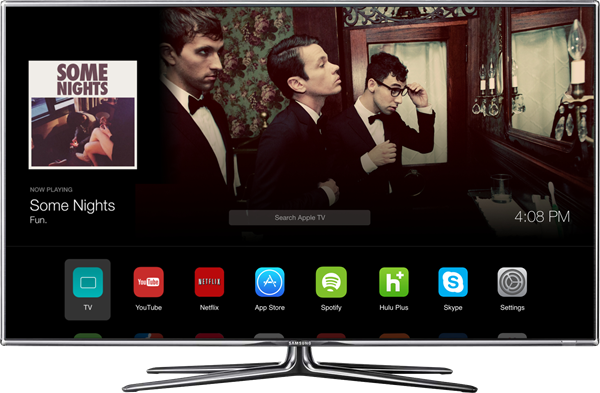 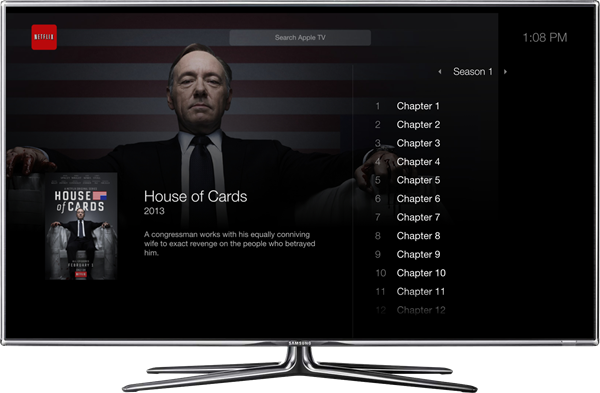 If Apple is serious about making Apple TV a more substantial product to compete with some of the more established alternatives out there, it stands to reason that it will also be dealt some OS X-like iOS-ification. Ambrosino toys with this once more by presenting Apple TV with iMessage also operating seamlessly, and showing notifications in the top right-hand corner of the UI. 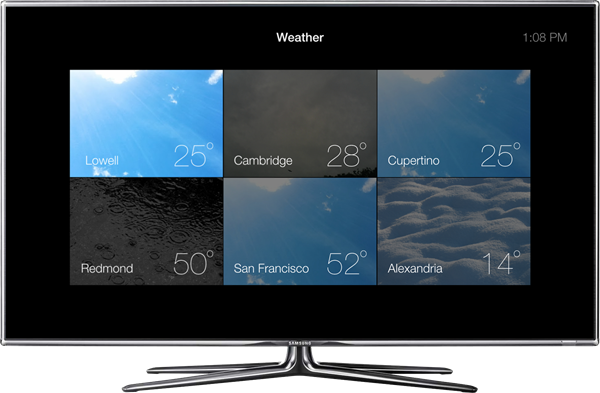 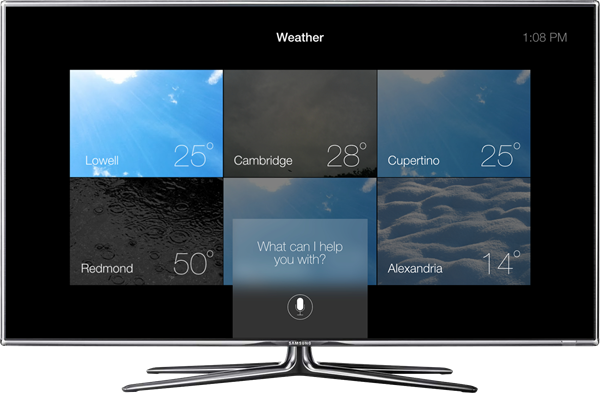 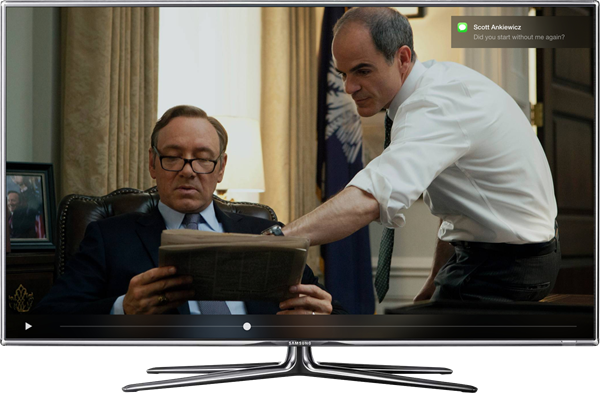 Whether this is practical or necessary is a matter of opinion, for surely one could respond to messages much more easily on an iPad or their iPhone, but with Tim Cook’s "hobby" now looking more and more like it’s being groomed for a promotion, the set top box’s version of iOS may not be so different from the mobile iteration in future.

(Source: AndrewAbrosino) Thanks, Shawna for sending this in!