A new report claims that Apple TV+ now has more than 5% market share once more, a number that is notable after it fell below that mark towards the middle of last year.

According to data from JustWatch, Apple TV+ found itself losing customers when it reduced the free trial period in July of 2021.

That saw the streamer market share fall below 5% — but it has since seen a resurgence that began in and around October 2021. The 5% share is back, likely thanks to the arrival of new shows like Foundation and Invasion while the return of The Morning Show for a second season surely didn’t hurt.

February 2022 saw Apple TV+ have a market share of 5.6%, a number that brings it closer to the 7% of HBO Max — a comparable service that continues to grow thanks to its slow expansion beyond the United States. 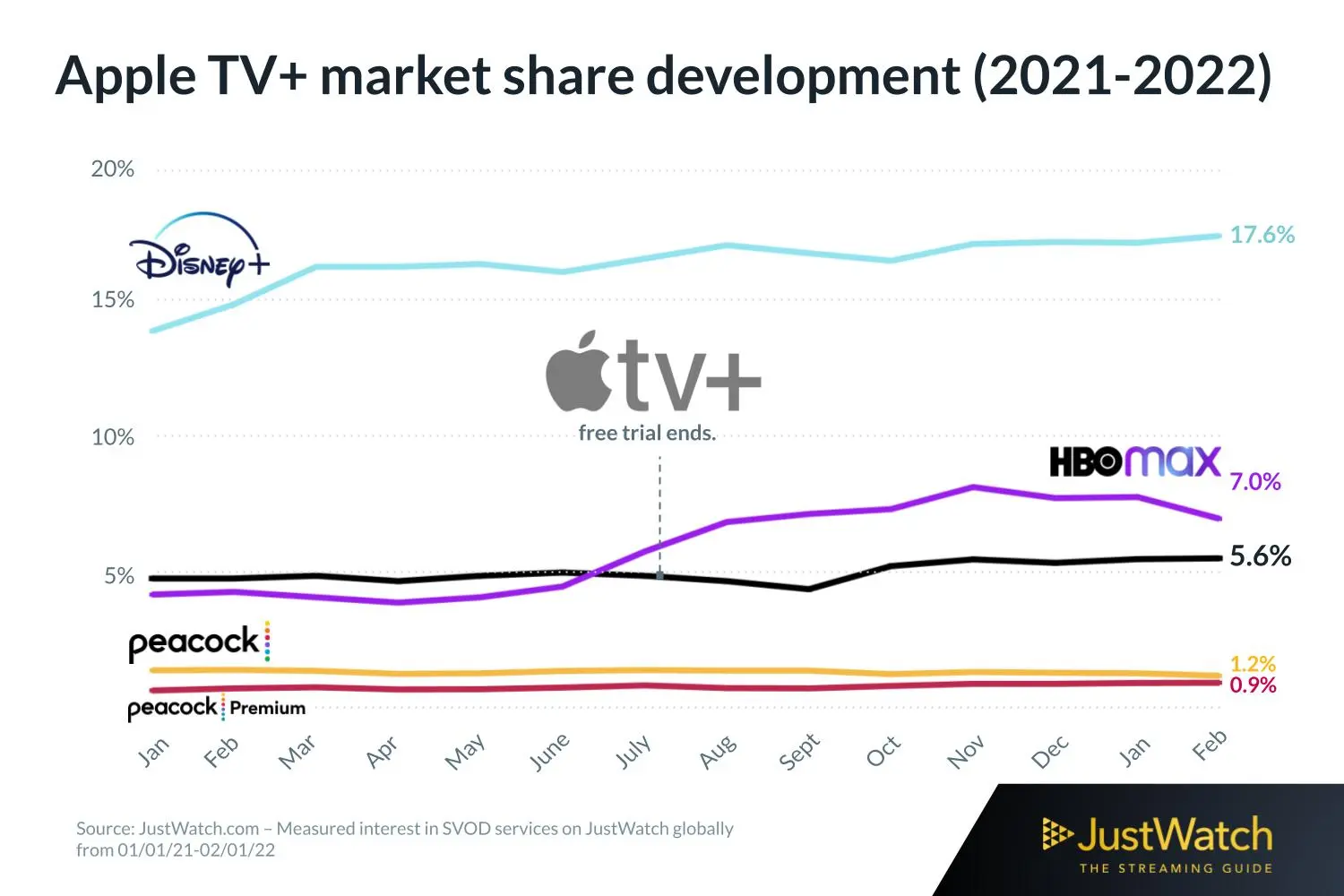 Apple continues to plow money into Apple TV+, signing big-name stars for TV shows, movies, and documentaries. The company even announced the signing of Friday Night Baseball recently, bringing live sport to the platform for the first time.