Apple sometimes has a habit of pushing out new hardware which looks remarkably similar to the device it is meant to replace. Its aesthetics may be similar but that doesn’t necessarily mean the internals of the hardware are the same, as we have recently been reminded of with the introduction of Apple TV 4K. 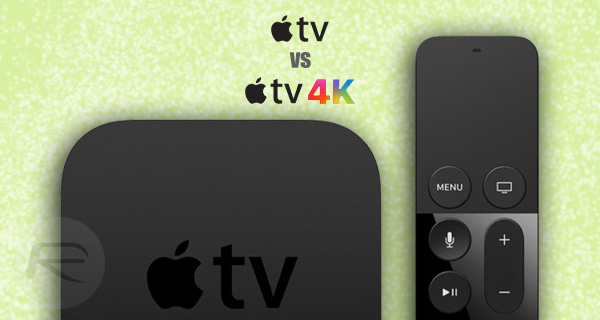 Those who may be confused by Apple TV 4 and Apple TV 4K may want to carry on reading as we dig a little deeper into the differences between the two. If you were to take an initial visual overview of both devices side-by-sidem then you would be hard pushed to actually differentiate between them. Both versions weigh 15 ounces. Both are 35mm tall, 98mm wide, and both have a depth of 98mm. Basically, they are both built with the exact same exterior.

Those similarities don’t quite transfer across to the accompanying Siri Remote though as the newer one comes with slightly updated remote with a prominent ring around MENU button in order to easily help identify which side the remote should be pointing to. This updated Siri Remote model is now also included as part of Apple TV 4 if you buy it today.

From a storage capacity perspective, Apple’s fourth-generation Apple TV is now offered in 32GB capacity although at launch it came in 64GB size as well. Apple TV 4K comes in two options now, with consumers able to choose between 32GB or 64GB versions. There are also differences in the outputs, as the name suggests, with Apple TV 4 offering 1080p viewing and Apple TV 4K offering up 2160p UHD resolution with support for HDR content through Dolby Vision and HDR10 formats. The ability to stream and handle 4K with relative ease is handled by the 64-bit A10X Fusion chip in Apple TV 4K. Apple’s older-generation Apple TV lags behind that level of performance with its outdated A8 chip. 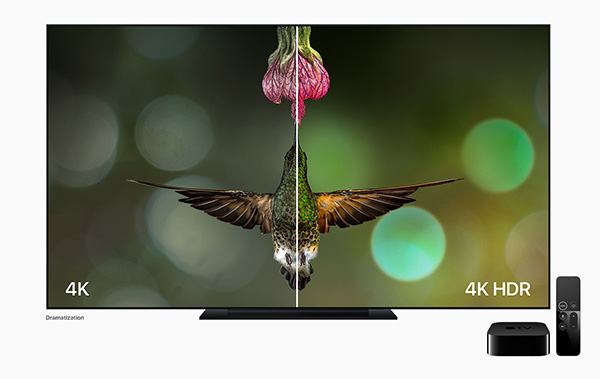 Apple has also taken the opportunity to update certain technologies and ports on the new Apple TV 4K. As an example, the Bluetooth 4.0 from Apple TV 4 has been bumped up to Bluetooth 5.0 on Apple TV 4K. It is also equipped with HDMI 2.0a rather than HDMI 1.4.

A big omission from Apple TV 4K is the USB-C port which the previous model had, and if you are wondering what does that mean for sideloading of apps, well that ability shouldn’t be affected as Xcode now has the ability to install/sideload apps wirelessly but how will that affect future jailbreaking of Apple TV remains to be seen.

Apart from this, Apple has also taken the opportunity to update networking port on the back from the regular Ethernet to Gigabit Ethernet. This is likely done in order to handle high-quality 4K content streaming.

If you are thinking about purchasing Apple TV 4K, and have so far managed to avoid the pre-order rush, then check out the comparison chart below to see how Apple officially stacks the two devices up.