Apple is no stranger to claims that some of its products have pretty major design flaws, and the so-called flexgate saga is no different. Users have been reporting that the displays on their MacBook Pros have been failing with an issue that looks like a stage light effect. The problem was pinned down to a flex cable that attached the display to the logic board, and it appears that Apple may have quietly made changes to fix the issue moving forward.

The discovery was first found after MacRumors Forum-goer Olivia88 posted saying that their 2018 MacBook Pro had a cable that appeared to be longer than those that had been dissected before. The folks at iFixit decided to try and confirm, and as it turns out, they did exactly that. 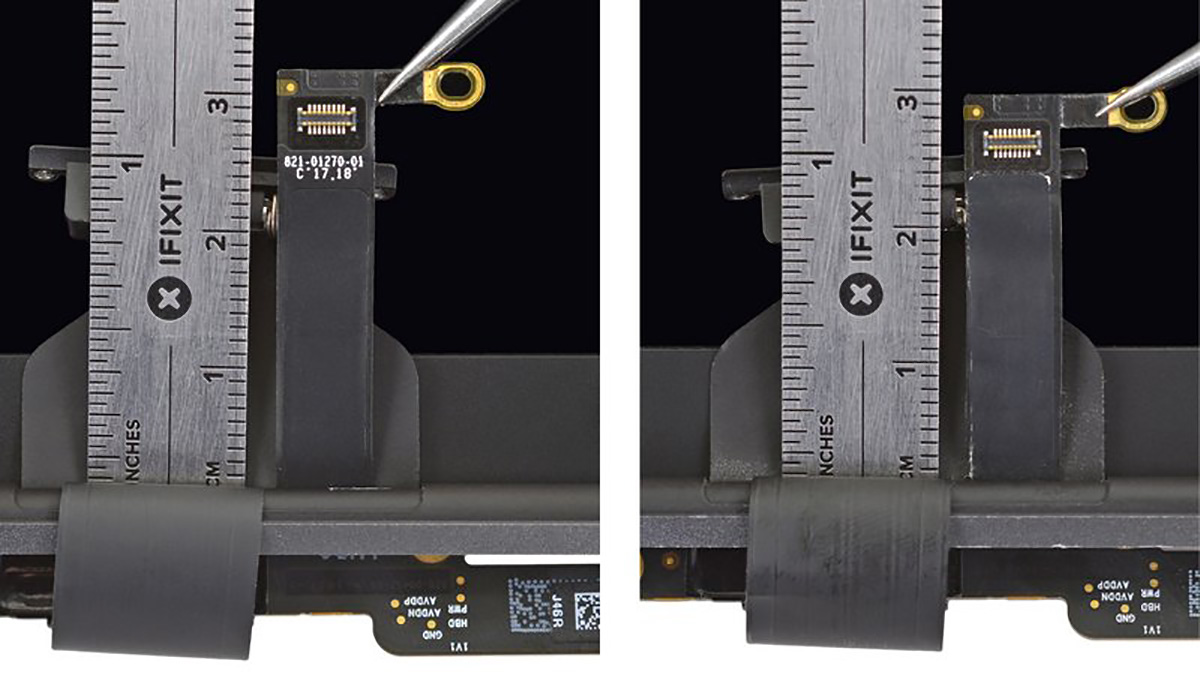 Since we were just wrapping up writing the repair manual for the 2018 model anyway, we checked inside our 2018 15” MacBook Pro again to measure its cable against its 2016 predecessor—and found the 2018 cable was, in fact, a full 2mm longer. Since this change appears in both our 15” model and Olivia88’s 13” model, it’s plausible this change is present in multiple, if not all, 2018 MacBook Pros.

The suspicion is that Apple lengthened the cable in an attempt to lessen some of the issues that users have been reporting, although the company has yet to publicly acknowledge the issue. It is, of course, also possible that different machines have different cables depending on when they were built, rather than any overarching design change that was made to rectify any issues.

Ultimately, we’re unlikely to ever know for sure and Apple isn’t going to talk about it. Regardless, if it means we don’t see any more machines with the flexgate issue, that’s a good thing in our book.