According to new data released by mobile analytics firm Flurry, Apple has again seen its iPhones be the most gifted devices of the 2017 holiday season.

Flurry’s numbers are based on new device activations in the week leading up to Christmas and the end of Hanukkah (12/19 to 12/25). 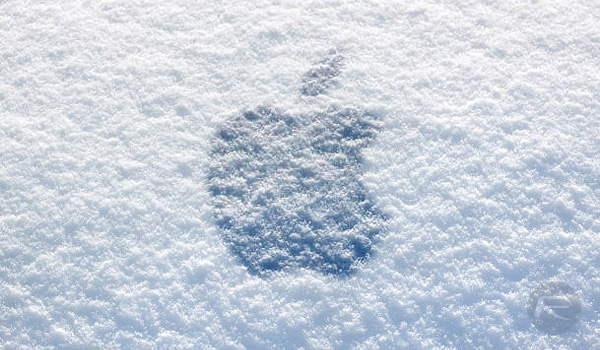 The numbers are excellent reading for Apple, with its iPhones accounting for a massive 44% of all device activations during the period. Samsung accounted for 26%, with everyone else taking varying shares of the remaining. The way the numbers break the market into two large chunks and then one essentially accounting for “everyone else” is perhaps no huge surprise, but Apple’s lead over Samsung may be more pronounced than some had expected. That being said, the numbers do reflect those that we saw during the same period last year, with Apple again accounting for 44% of the activated devices. Samsung took 21% this time last year.

Similar to last year, 44% of new phone and tablet activations were Apple devices. While Samsung dominates global market share, they fell short as the gift of choice during the holiday season, with only 26% of activated devices in the lead up to Christmas. Samsung’s activation rate is up 5% from the 2016 holiday season, which can likely be attributed to the 2017 introduction of the Galaxy S8 after the late 2016 recall of their malfunctioning Note devices.

Perhaps most interesting is the breakdown of devices that were activated. While the iPhone 8, iPhone 8 Plus, and of course, the iPhone X were the hot new releases this year, it is actually Apple’s older hardware that saw the lion’s share of the activations this time around. 15.1% of activations were for the iPhone 7, followed by 14.9% for the iPhone 6. 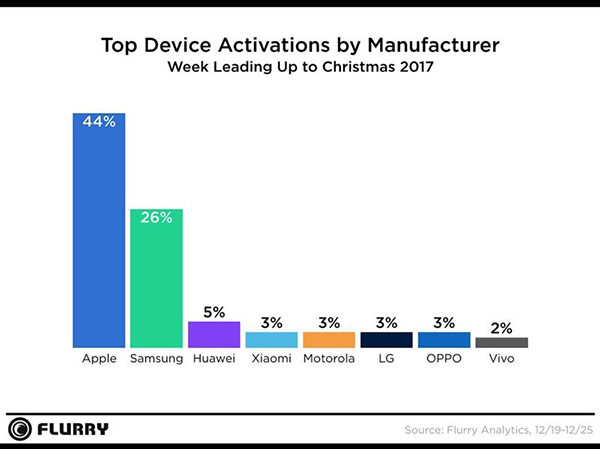 The iPhone X? That accounted for 14.7% of all activations, making it more popular than the iPhone 8 and iPhone 8 Plus, which saw activation figures of 8.1% and 8.7% respectively. 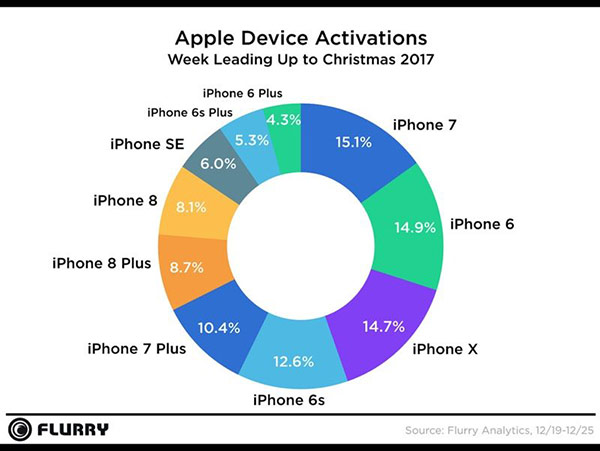