Let’s be honest here; most of our parents and grandparents would never have even considered communicating with hand-crafted emoji, but it has become something that this particular generation loves and adores. Most of us who use emoji can view the most used icons on that particular device which gives an immediate insight into the most used emoji in our world, but what about the United States as a collective?

Apple uses the Count Mean technique to ascertain exactly which emoji characters are the most used for US English speakers of iOS and Mac devices, and has shared some of those results with everyone. 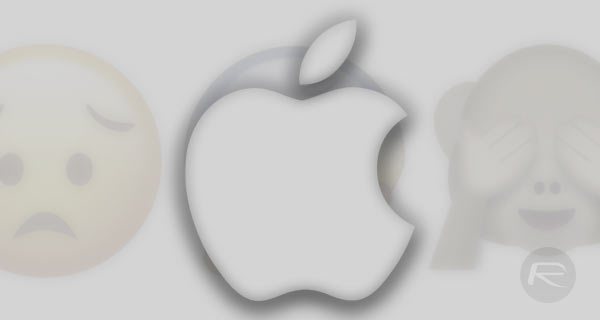 Apple hasn’t taken the time off from its unbelievably busy global schedule to purely discuss emoji. Yes, they are important to a lot of device owners, but they definitely are not that important to Apple that it would put together a report purely on those icons. The Cupertino-based company has published a relatively small report titled “Differential Privacy” which discusses how Apple uses insights and data to improve and create systems and experiences whilst preserving the privacy and security of the user. Part of that report discusses the aforementioned Count Mean technique which has allowed the company to determine the most popular emoji.

It may or may not come as a surprise but the most popular emoji in the United States amongst US English speakers is the “Face With Tears of Joy,” which many people use to express the fact that they are extremely happy or expressing joy and delight. The included bar chart doesn’t give statistics of how often it is actually used but the visual representation shows that it appears to be used in communications on iOS devices a lot more than all other emoji, including the second most used icon, the famous love heart.

Jeremy Burge, an emoji expert and founder of Emojipedia, suggests that Apple’s ranking of emoji is fairly accurate when compared with their own data, but suggests that one anomaly stands out. Apple places the Skull emoji as 7th in the list, whereas the publicly available data put it down around 20th amongst social media users, which potentially suggests that private communications see the Skull used more frequently.

All very interesting stuff, and if you do use emoji frequently then you should know that likely contribute to those statistics.