Apple has just released a new TV advertisement for the iPad 2. 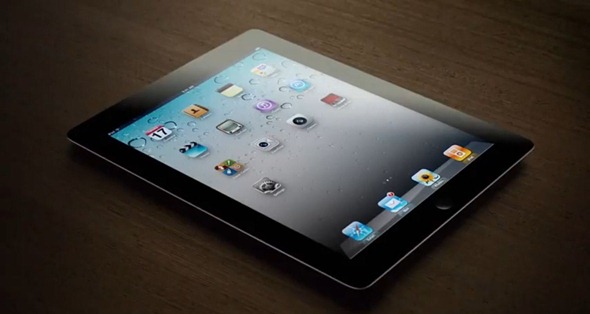 The new ad, which is titled “Now” showcases how the iPad is changing the way people interact with different forms of media.

With iPad optimized apps like The Wall Street Journal, you can watch a newspaper. WSJ’s app comes up embedded videos so you can watch videos related to the article you’re reading. With Spin Play, you can listen to the magazine’s featured songs right from the app!

Apple also mentions FaceTime and how you can now see a phone call with video chatting.

It also shows how you can now take a class anywhere (by streaming lecture-videos straight on the iPad), hold an entire bookstore with iBooks and touch the stars with Star Walk.

Now, we can watch a newspaper; listen to a magazine; curl up with a movie; and see a phone call.

Now, we can take a classroom anywhere; hold an entire bookstore; and touch the stars.

Because now, there’s this.

And here is the ad itself: