With iOS 12 now starting to come to the end of its lengthy beta program, Apple is starting to gear up for the official release of its iPhone and iPad software update.

That public release is expected to come around a week after the September 12th iPhone announcement, ahead of the release of any devices announced during the event. In an attempt to get iOS 12 into the minds of users ahead of the release, Apple has started to promote the update to those currently running iOS 11.

Users have begun to report that they are receiving notifications from the Tips app, with Apple outlining some of the improvements users can expect to enjoy when iOS 12 is installed.

Right now it seems that the things being highlighted depends on where you are geographically, but they include things like the new grouped notification system and improved performance. Both of those are indeed valid improvements, with performance having been improved particularly for those who are using older devices.

When Apple announced iOS 12 during WWDC 2018 a big focus was on performance and how quickly things had been made to happen on older devices. Examples demonstrated did indeed suggest that to be the case and those who have been using the iOS 12 betas have confirmed that performance is indeed improved. 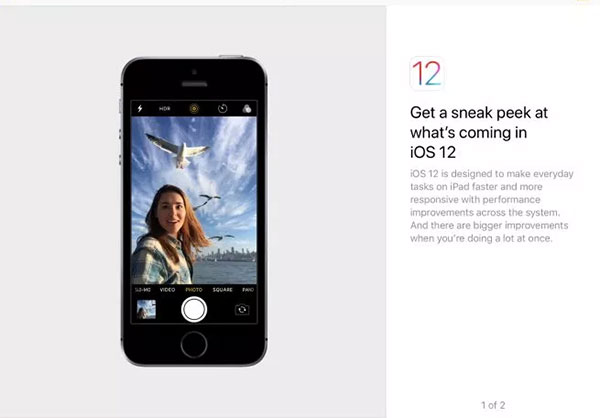 When Apple does take the wraps off of iOS 12 and make it available for everyone, it will be available for any iPhone that was able to also run iOS 11 which in turn means that anything going back to the iPhone 5s is included.