You can now download iOS 12 beta 12 IPSW links and OTA update to fix ‘A New iOS Update Is Now Available’ error. Public beta 10 available as well. Here are the details. 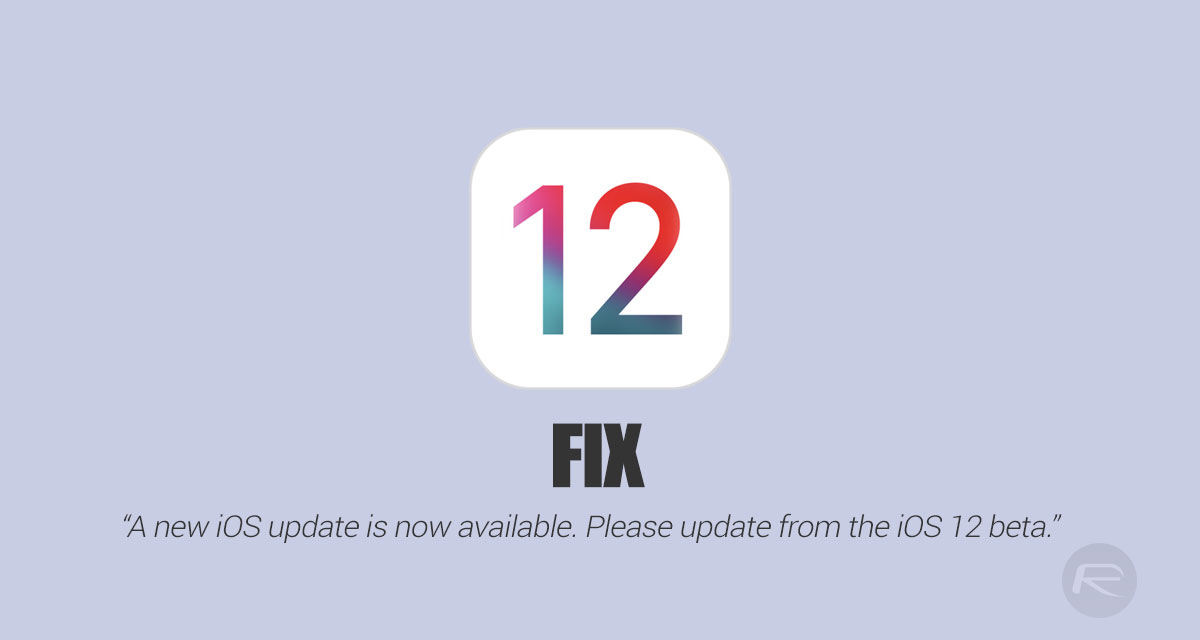 As we told you earlier today, users running the iOS 12 beta have been plagued with an error message which read “A new iOS update is now available. Please update from the iOS 12 beta.” It’s unclear why the message has been triggering for almost a day now, although suggestions are that it is related to the way iOS handles dates and the expiry of existing beta builds. Regardless of the reason a small update – 108.5MB on an iPhone X – has now been released to make the message go away, at least until a new update is actually available post-beta program.

Apple’s new beta does also have a number of other changes built in according to the official release notes for iOS 12 beta 12, so it’s possible this release was already in the works before the recent popup message issue occurred. Interestingly, there does not appear to be any mention of the issue in the release notes at all.

Apple will make iOS 12 available to the public this September, likely just before the 2018 iPhones are made available. Those iPhones will be announced on September 12th, as Apple recently confirmed, a date on which months of speculation will finally come to an end. Three new iPhones are expected, along with a new Apple Watch. Updates to the MacBook Air, Mac mini and iPad Pro are all expected to come at a later date.

You can download iOS 12 beta 12 as an IPSW file from developer.apple.com, or as an OTA update if you already have a previous beta installed by going into Settings > General > Software Update section of the device itself and then updating from there.

iOS 12 public beta 10 can be downloaded from Settings > General > Software Update section of the device or beta.apple.com.