Subscribers to Apple Music now have a new way to listen to their songs after a specialist app appeared on some LG smart TVs this morning.

The app, which is a free download from the LG App Store, allows people to listen to Apple Music without the need for any additional hardware. So long as their TV is connected to the internet, of course. 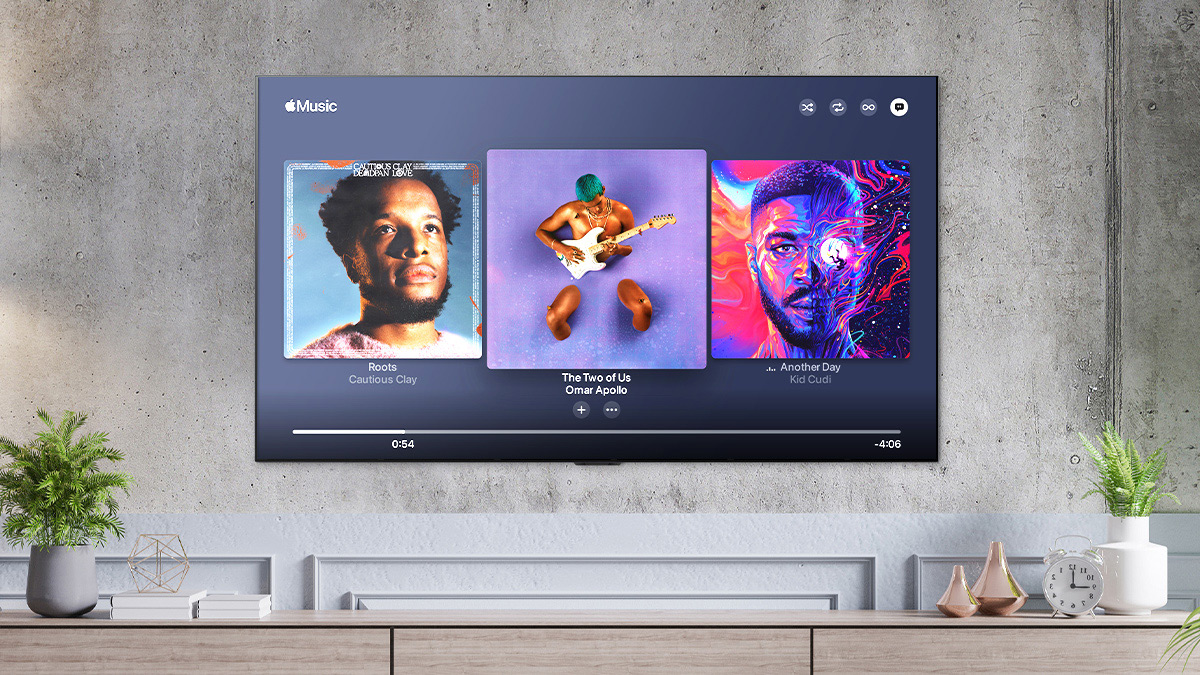 The app will of course require that people have an Apple Music subscription, with prices starting at $9.99 per month. People can also get Apple Music as part of the Apple One subscription bundle, too.

The app appears to look and work in a similar way to the current Apple TV Apple Music app, which is a good thing. People can listen to all of their songs via their library as well as playlists, too. If you can do it in one of the other Apple Music apps it should be possible here.

One thing that isn’t yet clear is whether there is any support for Apple Music’s lossless or Spatial Audio features, although both seem highly unlikely.

Get ready to turn up the volume 🔊 @AppleMusic is now on LG Smart TVs with over 90 million songs streaming ad-free. pic.twitter.com/bI3BdbLqjr

We aren’t yet clear exactly which LG TV hardware supports the Apple Music app, either. The app’s release took everyone by surprise.