Apple’s new M2-powered MacBook Pro and MacBook Air haven’t gone on sale just yet, but new benchmarks for the chip have already been shared online.

The benchmarks in question appear to relate to the new 13-inch MacBook Pro, a machine that is likely to be in the hands of some members of the press already.

According to the new benchmarks, the M2 runs at 3.49GHz, an increase over the 3.2GHz of the M1. That gives ut a single-core score of 1919 which is 12% faster than the M1 version of the same machine. In terms of multi-core performance, a score of 8928 is 20% faster than the M1 version, suggesting that future M2 Pro, M2 Max, and M2 Ultra chips could offer blindingly-fast performance later this year.

Apple previously suggested that the M2 is around 18% faster than the M1.

The new M2 chip will be available in the new 13-inch MacBook Pro when it goes on sale this Friday and arrives in homes next Friday. The M2 will also be part of the new MacBook Air, although that won’t go on sale for some time. Apple’s announcement said that it would go on sale next month, although no firmer information has been made available since. 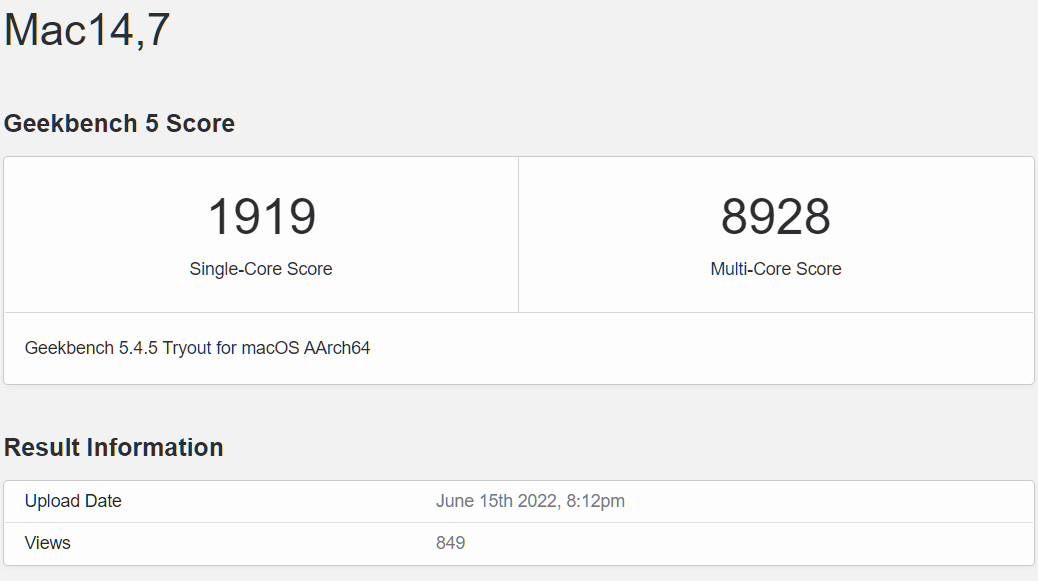 The M2 is also likely to find its way into the next iPad Pro and iPad Air devices, with both likely to be announced alter this year.