If you thought your part of the world was the only area that seemed to get gripped by fruit-based fever whenever a new physical Apple Store opened up, then think again. The new Wangfujing store in Beijing has officially been opened for business and immediately became the largest Apple Store in Asia, much to the delight of the sizeable crowd that turned out for the occasion.

It isn’t unusual that a crowd of thousands flock to a newly launched Apple Store in a certain area, and we have already seen a number of physical outlets in other territories being swamped by eager Apple and technology fans who can’t wait to swarm into the official retail experience that only the Cupertino based company can provide. This latest store is a seriously impressive addition to the company’s high street presence and is probably one of the most elaborate and visually impressive store to date.

The central area of the new Apple Store features a large and domineering winding glass staircase that acts as a central viewing point and allows customers to easily get up and down between the store’s three different floors. Rather than the usual straight-lined Genius Bars that are present in some many standard outlets, the new Wangfujing experience features two cylindrically arranged bars that are accessible around 360 degrees. The store looks equally as impressive from the outside thanks to an external facade that is dominated entirely by glass and lit-up by the immediately recognizable Apple logo looking out over the city. 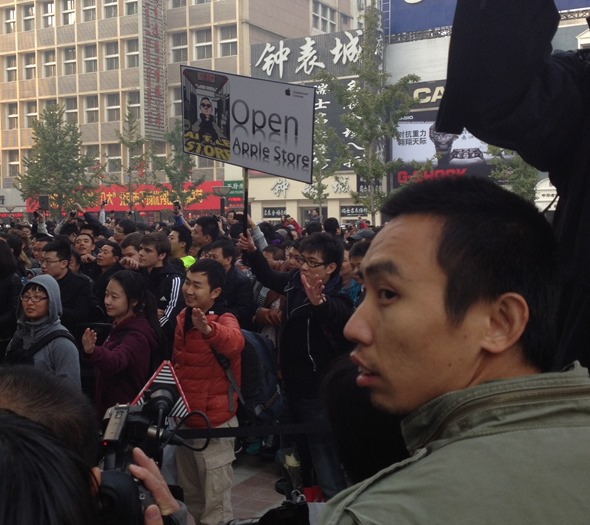 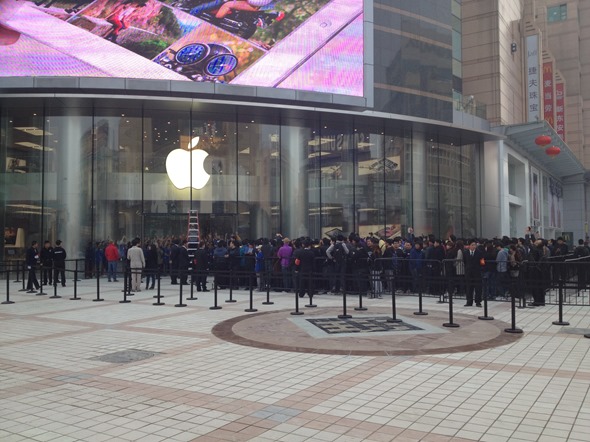 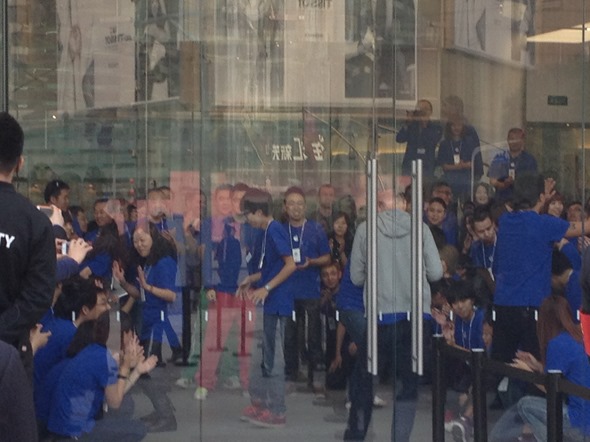 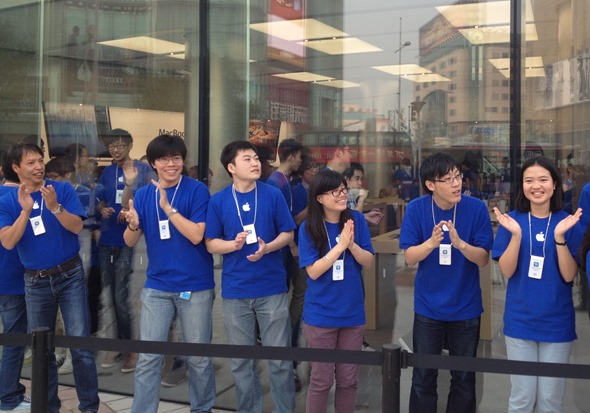 This latest retail opening is Apple’s third physical outlet in the city and is buried in the heart of a popular tourist area that is frequently visited by local and foreign visitors, meaning that the company have definitely picked a prime location for the new retail presence. Apple’s two other most notable locations in Asia are within Hong Kong and Shanghai, both of which are seriously impressive stores, but both of which have been cast into the shadow with this latest opening. 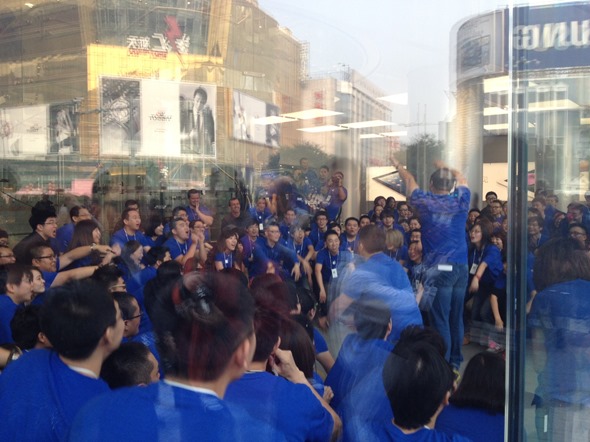 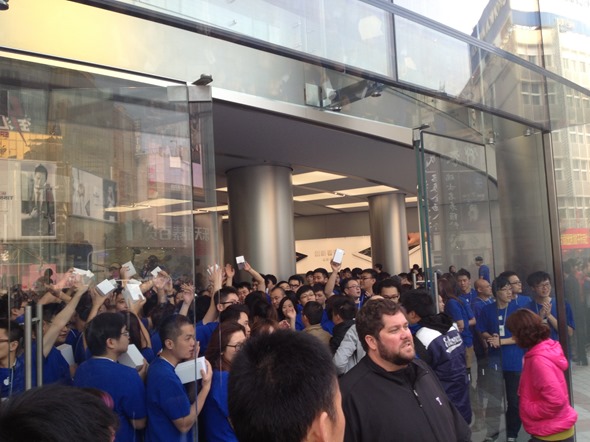 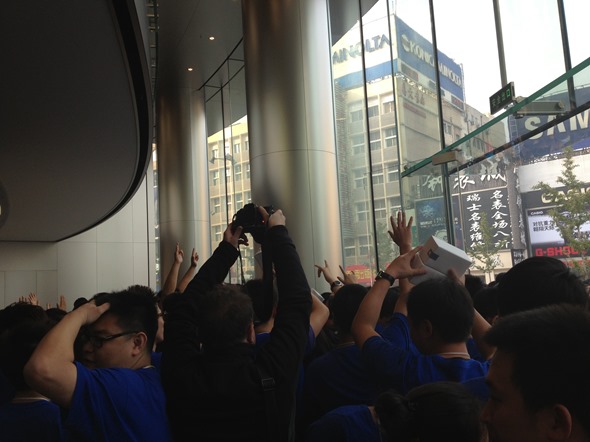 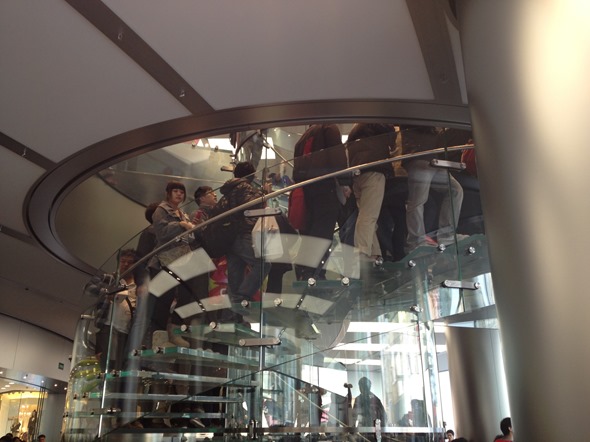 Although the new Wangfujing store is impressive, it won’t be the last outlet that appears in Asia. Apple’s Senior Vice President of Retail has already gone on record to state that the company is already in the process of developing a new store in Shenzhen, a city that should is known to most Apple fans due to Foxconn running plants there.