Apple has kicked its Boxing Day iTunes sale off in the UK and Canada even though we’re over 24 hours away from it actually being Boxing Day. The sale is expected to continue for around a week though, with deals being offered on various albums throughout the two international stores.

Boxing Day is of course the name given to December 26th in various parts of the world, with Apple already starting its iTunes sale early. Punters will be able to pick up bargains on both albums and individual songs depending on their tastes and the UK store in particular is advertising ‘Hit Albums’ as potential bargains for customers this holiday season. Categories that Apple is listing albums in includes ‘Hot in 2014’ and ‘Discovery Artists,’ both of which could be good starting points for your bargain hunt. 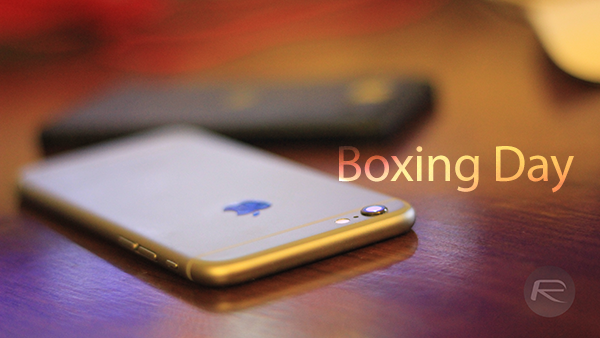 This latest initiative can be accessed via either iTunes on the desktop or the iTunes Store on Apple’s iPhones, iPads or iPod touches.

With the sales expected to run through to the new year we wouldn’t be surprised to see new albums and tracks being added to the sale lineup as time goes by, so be sure to check back in with the store in a couple of days if you don’t see anything that floats your boat just now. After all, it costs nothing to look now, does it? 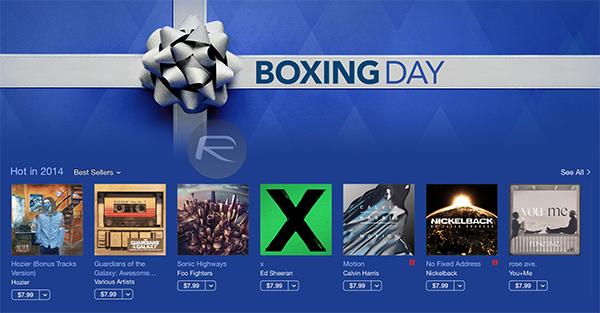 We all love a bargain, especially at this time of year! Make sure you don’t miss out on anything and be sure to check that your credit cards are in working order.

We’re pretty sure that we’ll see even more deals on various digital goods on iTunes in the days to come. After all, the year is coming to an end, and we’re certain that app developers and artists would want their creations to be in the hands of as many people as possible. If we do spot a good deal deal that’s worth your and our time, then we’ll definitely let our readers know about it, so stay tuned for that.