We’ve been hearing a great deal about Apple’s supposed smartwatch endeavors, with reports earlier on in the year suggesting that up to 100 members of staff had been assigned as a dedicated team tasked with building the foundations of the project. Some months on, and we’re now hearing that the device, naturally suspected to be called the iWatch, will be making its way to the market later on next year, and will be the first piece of Apple hardware – unless another product arrives between now and then – to feature wireless charging.

Credit for the apparent scoop on this gone goes to Chinese blog C Technology, which suggests that Apple’s iWatch will finally be revealed in October of 2014, alongside a new iPhone.

Seeing as the iPhone has been released in September for the past two years, this would represent a slight shift in the Cupertino calendar, and with iPads having also become accustomed to an October announcement, it will be interesting to see, with the alleged introduction of the iWatch, how everything shapes up.

At the moment, things are very much still at the prototype stage, with Apple unable to make a call on the eventual display size of the device. We had previously heard a rather ludicrous-sounding claim that there would be two different display sizes – one for males and the other for females – but if this new report has any kind of legitimacy, those aspersions were almost certainly nonsense; not that anybody held the claims in very much regard. 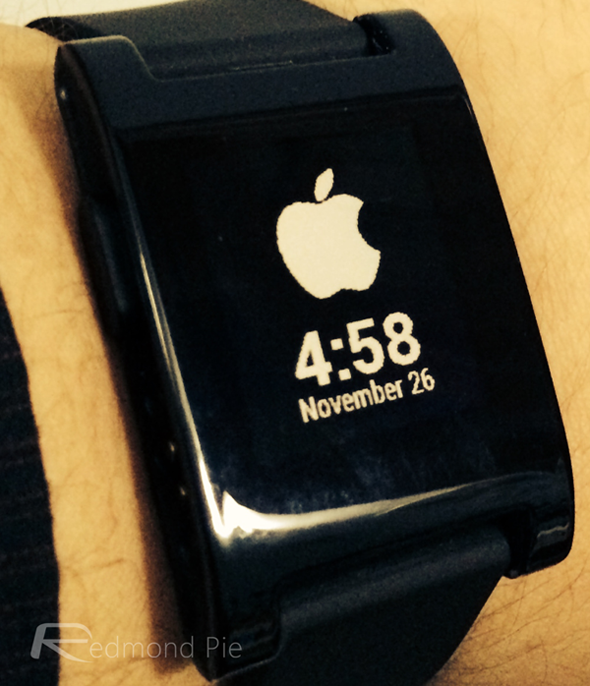 The models Apple is currently working on are said to be packing a 100mAh battery, which will not only charge wirelessly, but will be able to recharge from up to 1 meter away from its source. So theoretically, if you were to place your charging hub next to your keyboard, charging could be a seamless, passive action that doesn’t actually require you to keep taking it off and putting it back on again.

But even so, 100mAh would seem way too little, and with Apple famous for keeping things compact, it’s going to be a real struggle to achieve the desired form factor and battery in one fell swoop. By comparison, the Galaxy Gear’s battery capacity is more than treble that of these iWatch prototypes and yet, has still drawn criticism of poor retention from early adopters; the few that there are.

With so many conflicting iWatch reports flying about, we’re going to wait until we see or hear of something a bit more reliable and concrete before passing judgment. That said, we’re still pretty excited, so stay tuned for more iWatch-related news as it hits the blogosphere!