Just found out this Youtube video floating around the web which shows the rumored Apple Tablet device being listed on the Canadian version of Apple site i.e. Apple.ca. Even if the video is doctored, it is done well and maybe worth checking out. Video after the jump. 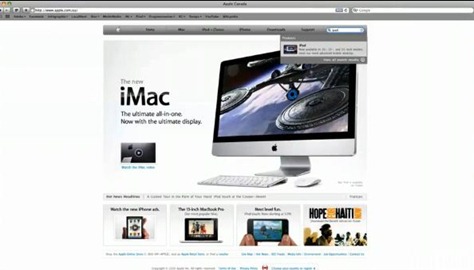 In about 24 hours from now, we all will know the truth when Steve Jobs takes the stage at the Yerba Buena Center for the Arts in San Francisco to unveil “their latest creation”. The next version of iPhone OS (Beta most probably) is also expected to be announced at the same event.