Apple has released a ton of new colors for its AirTag Loop, Leather Loop, and Leather Key Ring products — but you can only buy them from Amazon right now.

There is no sign of these new accessories on Apple’s website nor in its stores, although that is surely likely to change.

All of the new accessories carry their normal price point, but in new colors. For example, Capri Blue and Pink Citrus are now available for those looking to bag an AirTag Loop. A new Meyer Lemon Leather Key Ring and Leather Loop have also been added to the collection, too.

The new products all appear to be set for release in late August so there is still time for them to be made available on Apple’s website as well. All of the new colors are, or have been, available for other Apple accessories in the past as well, so you might soon be able to match your AirTag to your iPhone in the future. 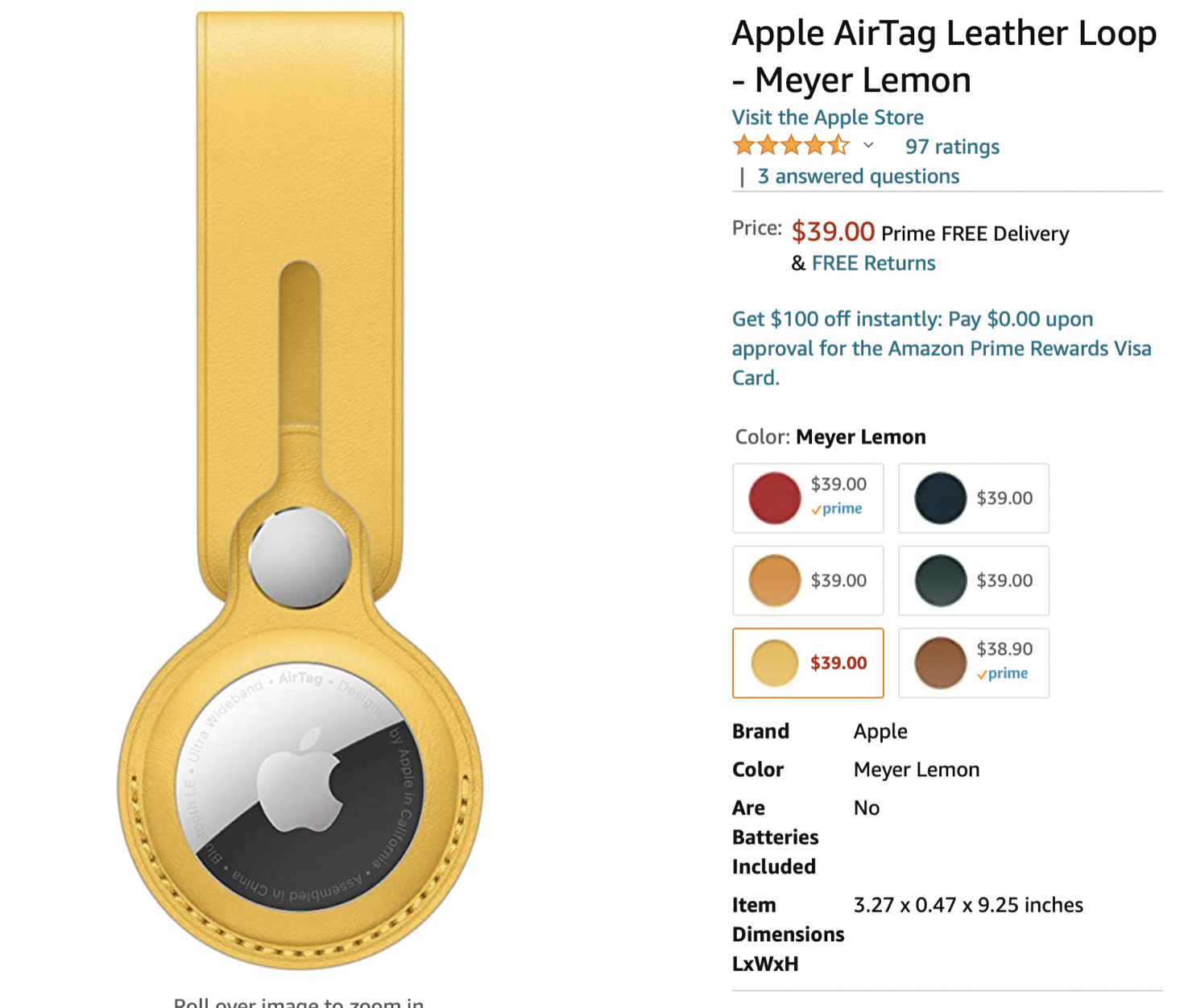 It’s odd that Apple’s accessories have appeared on Amazon first, before anywhere else. But it’s more likely to be an error than a change in process for the company. All of the new accessories are fulfilled by Amazon, so they’re definitely official Apple products and they’ll surely be available via Apple sooner rather than later.