Apple is set to announce its second-quarter 2022 fiscal results later today and expectations are already high that the company will be sharing record-breaking figures.

According to Yahoo! Finance, we can expect Apple to announce revenue of around $94 billion with growth expected to be announced for Apple’s product categories including iPhone, Mac, Wearables, and Services.

Meanwhile, estimates put together by Philip Elmer-DeWitt make for some very interesting reading indeed with iPad sales expected to buck the trend by remaining flat.

MacRumors also points out that the last five years’ reports for March show that Apple can expect to increase its revenue by more than $4 billion this time around.

Apple continues to push its services ahead of almost anything else, with Apple TV+ in particular being a key focus area for the company. A growing slate of TV shows, movies, and documentaries make Apple TV+ some of the best value in streaming, something the company hopes will turn customers of its many products into subscribers. Apple is also rumored to be readying a hardware subscription service, something that could also boost income across the board. 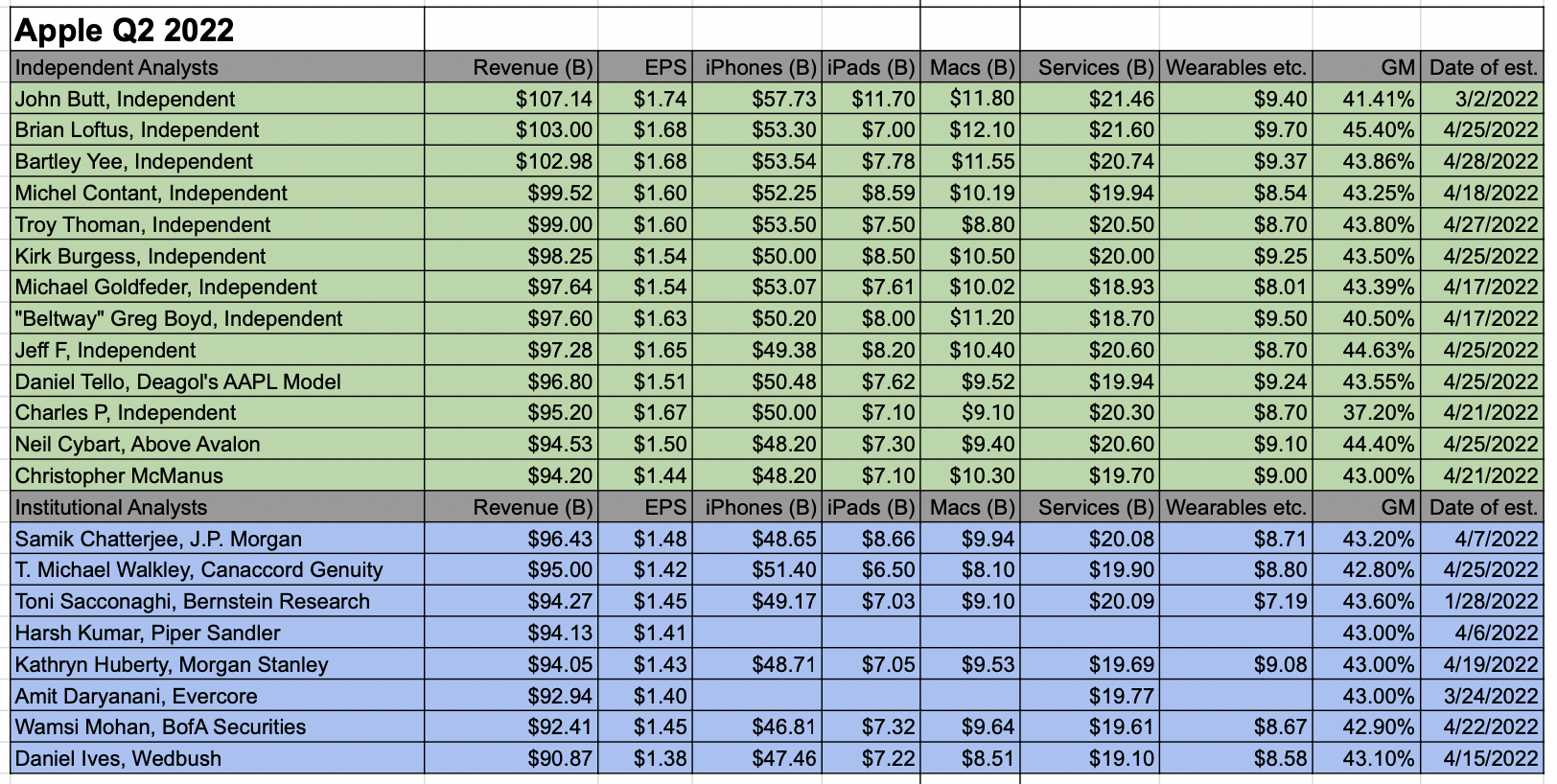 Apple will report its quarterly earnings at 1:30 p.m. PT today while Apple’s CEO Tim Cook and CFO Luca Maestri hold a conference call at 2 p.m. to discuss the numbers.