With Apple’s iOS 7 having recently reached the milestone of a second beta release, all the talk has been about those new icons, or the fancy parallax effect that sits behind them. Not much, if any discussion has been taking place about what iOS 7 will offer to those in the business arena. Apple now seeks to change that.

By launching a new business oriented section of its iOS 7 website, Apple has opened up a new conversation that those in IT departments across the enterprise will will be only too glad to have. Now, with new additions to iOS 7, Apple is seeking to make the iPhone and iPad even more business friendly than it already was. 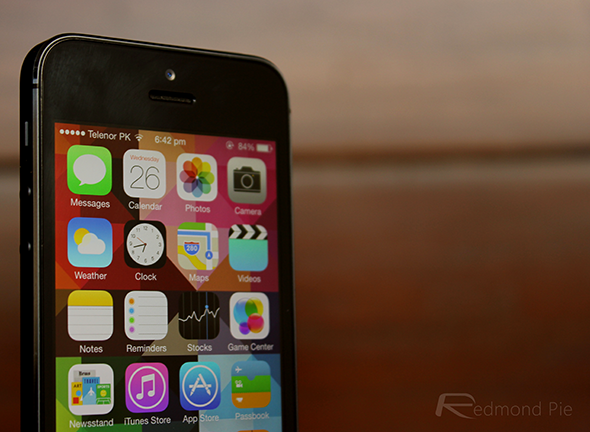 Set to launch later this year, iOS 7 will bring with it a raft of new business-aimed features. One of those is the ability to control which applications and accounts can be used to open documents and attachments. The aim here is undoubtedly to avoid business documents from being opened and toyed with via apps not sanctioned by it.

In another change, a business will be able to allow its employees to use a single sign-on, meaning just one set of credentials can be used across multiple apps. That sign-on can also extend to the App Store, whilst the new Volume Purchase Program will allow companies to assign apps to users centrally, all the while maintaining control. 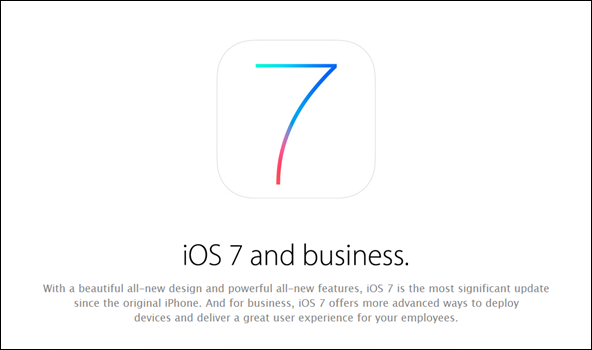 Mobile Device Management has also been given a shot in the arm with iOS 7. Businesses now have new configuration options according to the new ‘iOS 7 and business’ site. Custom fonts, accessibility options and the configuration of AirPrint-compatible printers and the like come under that particular umbrella.

Whilst not quite as sexy as a new set of icons, it is things like this that will see the iPhone grow and grow as a tool for work, especially in an environment historically dominated by other platforms. Apple knows that, and it seems determined to make its mark in the corporate world. For more details regarding business features of iOS 7, simply point your browser to: apple.com/ios/ios7/business/

With iOS 7, it’s kicking on nicely.