Microsoft announced Windows 8.1 officially a while back, stating that the new version of the desktop and tablet operating system will be offered as a free update to existing users of Windows 8 through the Windows Store. We even brought you details of what was new in the new version of the OS, and as it turned out, there was quite some new stuff to celebrate. Now, it seems the Redmond company is taking a slightly different approach, making available the Preview version for Windows 8.1 to all users.

The new version is pretty stable, and if you’re running Windows 8, you may grab it right now. However, do understand that since it’s a preview version, it may not be advisable to use it as a daily driver for your primary PC. That said, we know that you’re the adventurous type, so here you go.

Before we get to how you can install Windows 8.1 Preview, make sure that your PC meets the minimum requirements. Those include at least 1GHz of processing power, 1GB of RAM (32-bit) or 2GB at least for 64-bit. The graphics chipset should be DirectX 9 compatible, and you need at least 20GB of free hard-drive space. Also, you need a licensed/activated version of Windows 8 already running. 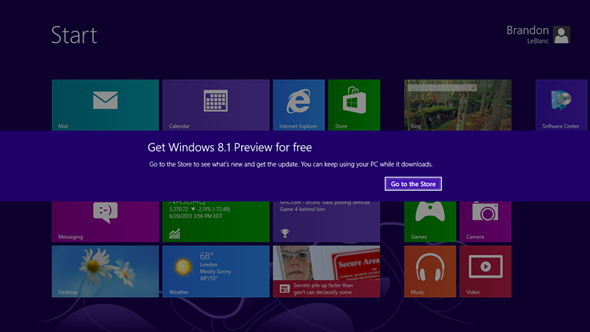 Should your machine meet the minimum requirements, head over to the Windows 8.1 preview page by pointing your browser to preview.windows.com to get started. The preview will still be offered through Windows Store, but you first need to install a certain patch that’s available on the official Windows 8.1 Preview page to make your Windows Store offer the 8.1 preview update. After patching, the system will reboot, and the next log on will offer you to update to Windows 8.1 Preview. 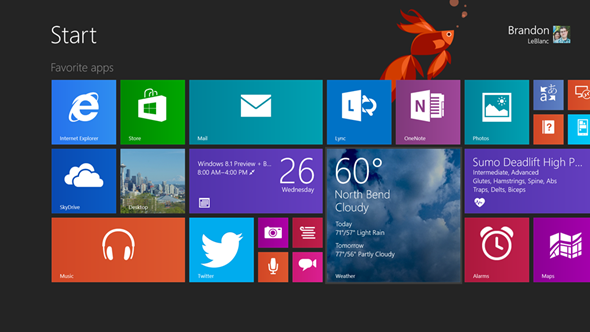 From this point onwards, it’s all a matter of clicking “Go to the Store” and following the on-screen instructions. The setup utility at this point will download the preview files from Microsoft, so make sure you have an active internet connection. Then, a compatibility check will also be done to ensure that you can actually run the preview. Should all be well, you will see a few more reboots, after which your PC will be running the preview version for Windows 8.1. Pretty easy, huh?