Apple Employees to Get iPad on March 10th, Retail Availability on March 26th?

In January this year, Steve Jobs unveiled the much hyped iPad to the world. He, however, was somewhat ambiguous about the shipping date which he mentioned as “late March” for the Wi-Fi version of the device. Since then, no further information about a specific shipping date or pre-order options were given. For the last few days though, strong rumors were buzzing the web-world that iPad launch has been delayed by a month or so. This unspecified production problem was attributed to bottle-necks at the manufacturer’s end. Everyone was worried why Apple was keeping so mum on the subject. 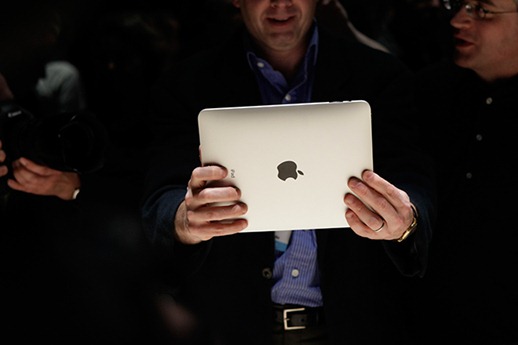 Today, one of the Apple Store Manager in the Southern California, along with some other insiders broke the ice from Apple’s end. They said that iPad will start arriving for employees at Apple Store’s starting from March 10th. The Store Manager, who has wished to remain anonymous also gave some hints that the retail launch of the new device will start this month, most probably on March 26th. This March 26th date goes perfectly with the announcement that Apple had made on January 27th, saying that Wi-Fi-only models of the iPad would go on sale "in 60 days”. Counting from January 27th, 60th day would be March 28th, which is a Sunday, so March 26th appears to be logically correct being the last day prior to the weekend and in line with the announcement.

In the meanwhile, spokesman of Apple has denied the earlier news reports on production problems which was said to delay the launch. Some suppliers also came up with the claims that they are perfectly on track as far as delivery time-line is concerned and would be in position to deliver up to 700,000 iPad’s this month.

In an another news, again from the anonymous Apple Store manager, starting from March 15th, Apple will start airing television commercials for the iPad’s which will highlight the different features of the said device.

Let’s cross our fingers and wait to see what happens come March 10th.

You can find our complete coverage on iPad by navigating to this link here or here. [via The Next Web]