Well it looks like iPad will allow you to make emergency phone calls in the time of need. According to GumballTech’s finding using the latest iPhone 3.2 SDK for iPad, if you incorrectly enter your passcode for 5 times consecutively, iPad brings up a screen with slide to emergency call just like the one found on the iPhone. 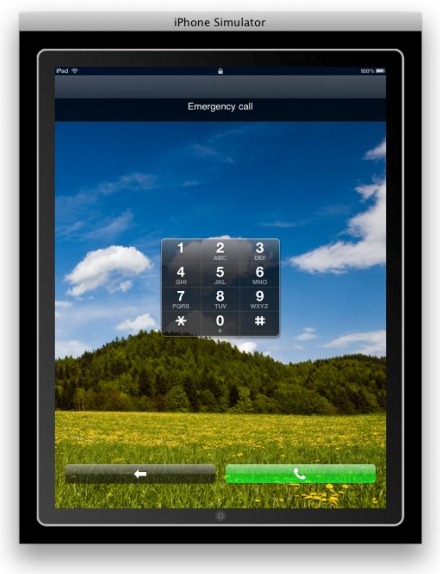 The above was easily achieved by enabling a passcode lock, and then entering it incorrectly about 5 times. You can then slide for a emergency call.

Apple may have included this functionality for 3G iPad models only to get it complaint with FCC regulations which requires “wireless "phones" be able to make emergency calls, even if the phones aren’t currently active or even assigned a number”.

Also, this functionality may only be limited to making emergency phone calls because allowing regular phone calls will make it a direct competitor to another similar Apple product called the iPhone. And it is unlikely that Apple will allow any such functionality on the iPad which can effect its future iPhone sales. [via 9to5Mac]