Apple’s dedicated media events always manages to introduce some wonderful products and services and are always packed with gasp moments as those in attendance wait patiently to see what’s coming. With that said, it’s sometimes the aftermath of those events which can yield the most interesting changes.

With the event now over, and everyone taking stock of what was announced, Apple has silently discontinued the (PRODUCT)RED iPhone 7 range, has introduced a new Jet Black 32GB model, slashed prices off iPhone 7, 7 Plus, iPhone SE, 6s/6s Plus and increased iPad Pro prices.

Apple originally introduced the stunning (PRODUCT)RED iPhone 7 and iPhone 7 Plus back in March of this year as a way of showing additional support for the charitable campaign. In addition to looking absolutely glorious with that red finish, each purchase of one of the (PRODUCT)RED) models came with a donation to the cause that the campaign supports around the world. Six months later and Apple has discontinued that range, meaning that it’s now no longer available to purchase from Apple. It was a special limited time model any way, so it’s not really surprising that Apple has stopped selling it after introducing iPhone X, iPhone 8 and 8 Plus yesterday.

The company has also discontinued the larger 256GB iPhone 7 and 7 Plus models across all colors at the same time as getting rid of the stunning limited edition red finish. Both iPhone 7 and 7 Plus also sees a $100 price cut after the introduction of iPhone 8, 8 Plus and X.

Additionally, Apple has also taken the stunning Jet Black iPhone 7 and iPhone 7 Plus color, which was originally available only in 128GB and 256GB configuration, and appended the lineup with a 32GB storage version in this color to appeal to those who prefer to be in at an entry-level. As it stands right now, the iPhone 7 / 7 Plus is only available in 32GB and 128GB capacity across the board. 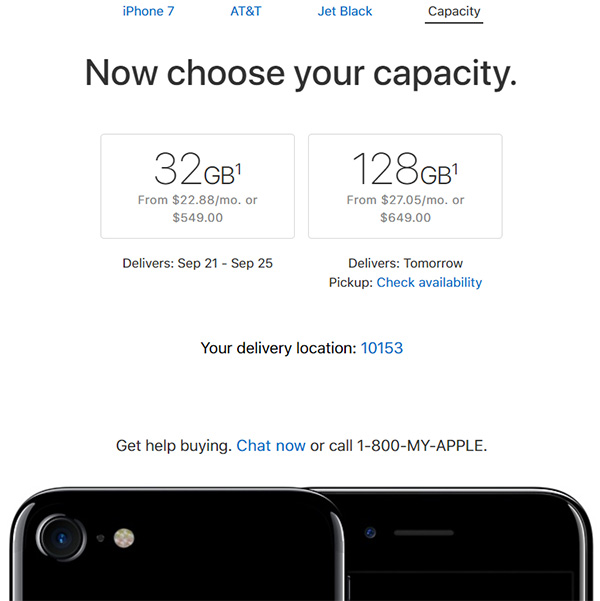