Apple is set to announce iOS 14 during its WWDC opening keynote on Monday, June 22 but what about the software that was announced this time last year?

Apple announced iOS 13 in June 2019 and launched it in September of the same year. As of right now, it’s installed on 92% of devices launched in the last four years.

That’s according to Apple’s own numbers as od June 17. Those same numbers show that iOS 13 is installed on 81% of all devices that are currently being used. That’s a huge number and one that we’re sure Google would love to be able to emulate in the world of Android.

It’s a similar situation with the iPad, too. Apple says that iPadOS 13 is installed on 93% of devices that were released in the last four years with that number falling to 73% of all devices being used today.

Apple’s introduction of iOS 14 and iPadOS 14 next week will likely be followed by a public release of the software in September. That means there is still a solid three months before the final iOS 13 and iPadOS 13 numbers will be known. We’ll be interested to see how they grow between now and September. 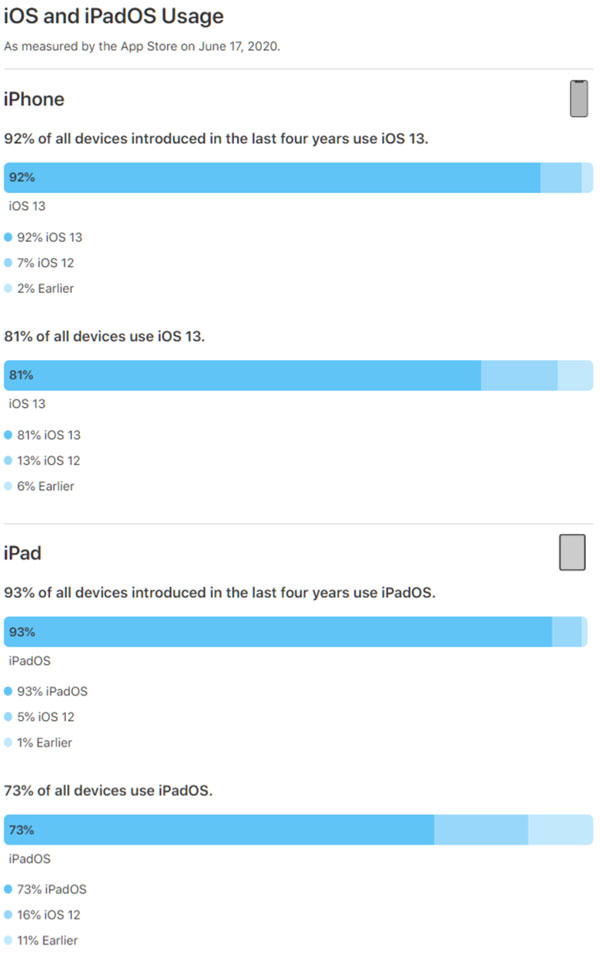 This year’s WWDC will be the first to be held entirely online with Apple deciding against an in-person event in the wake of the coronavirus pandemic that has seen similar events canceled worldwide.